Home automation systems (HAS) can be important attack vectors, yet research on securing sensors is sparse, especially with respect to the analogous side of these components, i.e., detecting manipulations of the sensors themselves. Metadata together with the combination of several sensor nodes can be used to thwart such manipulation attacks.

The Internet of Things is a wide and diverse ecosystem where interconnected devices and services collect, exchange and process data in order to adapt dynamically to a context, automate tasks and provide better situation awareness to react to customer needs. Home automation systems (HAS), which are commonly based on IoT, are a growing field for many applications, such as comfort, surveillance and access and energy saving. Since HAS generate a lot of private data, they are very appealing to attackers, who can use them to spy on or stalk inhabitants, or use them to facilitate more traditional criminal activities like burglaries [1]. The comprehensive interconnection of systems to an Internet of Things offers enormous potential to HAS, but also generates new cyber-risks. This has been discussed in-depth by many other researchers, often in the context of industrial or workplace environments, such as building automation and industrial IoT, pointing out that the quality and/or veracity of the source information, typically provided through sensors, forms the basis for securing IoT systems. Thus, both the acquisition and the communication of this information requires special attention in an IoT-environment.

Most of the basic HAS standards currently in use were developed the from the late eighties to early nineties, and IT-security, such as KNX, was added later on. There remain many open questions and challenges, especially in relation to security measures that rely directly on the sensor data and related meta-information. While there are several approaches to use meta-information to discover malicious software (e.g., [2]), the analogue side of the sensors (hardware) is typically neglected, even though manipulation on this side makes typical countermeasures obsolete. This also applies to the extraction of meta-information in the analogue sensor circuit, which could help detect such manipulations and thus help close the security gap in sensor systems [3]. Thus, two different attacker approaches must be considered for home automation systems:

While the effects of these attacks look similar, the mitigation strategies required to overcome them are very different and require different sets of skills, and the analogue side or circuit has been largely neglected in the security community. When considering meta-information, attacks could potentially be made much harder when extending the view of the defender from the single sensor to related meta-information and further to a multi sensor scenario, where information and especially meta-information, needs to fit together, i.e., the attacker needs to coordinate different attacks to remain undiscovered in a more complex physical model.

In our project “ARES”, we will therefore analyse the extended attack surface directly on the analogue side of common sensors, considering payload information as well as meta-information. A combination of sensor data and highly attack resistant meta-information will be used to increase the overall attack resistance. Through the combination of information from multiple sensors, as well as matching with (physical) models, the attacker would need to stay consistent between manipulated sensor signal and meta-information within a single device but also over several devices, making the attack much more difficult to carry out and thus raising the bar (see Figure 1). 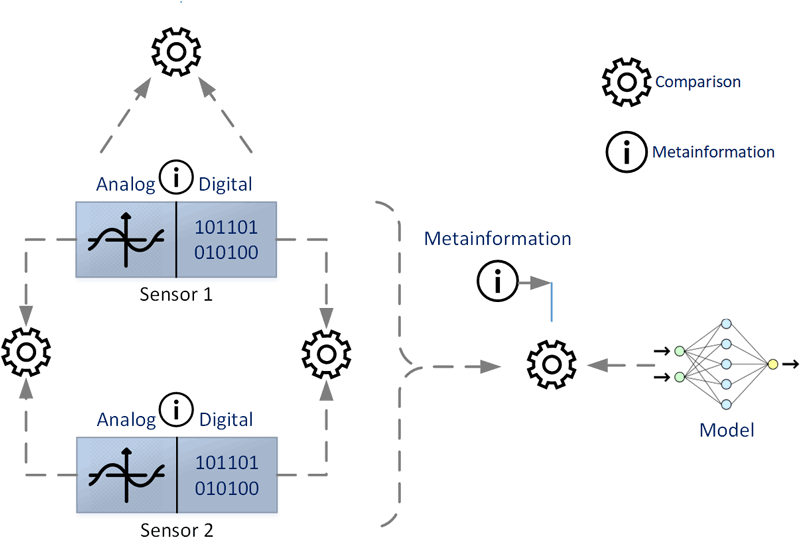 Additionally, the success of technical measures always depends on user acceptance. International organisations, such as EUROPOL and ENISA, regard a multidisciplinary approach as indispensable, since HAS suffer from a security hostile environment including low cybersecurity awareness of users, as well as fast and extremely low cost implementation and unplanned installation compared to other fields such as industrial automation [1]. The continuous expansion of digitalisation into daily domestic life raises questions that are best addressed from a social science perspective, incorporating sociology, legal studies and economics. ARES will investigate these issues, providing an evidence-based analysis of cyber-risks and user requirements, and will use these findings to improve the design of the security measures.

Please contact:
Peter Kieseberg
University of Applied Sciences, St. Pölten, Austria
This email address is being protected from spambots. You need JavaScript enabled to view it.