The quantum walk model of quantum computation can be used to conceive and develop new quantum algorithms for real-life practical applications.

The dominant quantum computation model is the quantum circuit or quantum gate model, in which quantum algorithms are expressed as quantum circuits, but is difficult to conceive new quantum algorithms for real-life practical applications using this model. Quantum walks is a universal quantum computation model and its concept can be directly applied for solving practical problems and studying many physical systems and processes.

In the Department of Electrical and Computer Engineering of the Democritus University of Thrace, Greece, we used quantum walks to develop quantum algorithms as a part of a hybrid classical/quantum computing system for autonomous driving and traffic control. In this approach each vehicle is modelled as a quantum walker moving in an urban area. Potential barriers are introduced to represent moving obstacles, such as other vehicles, immovable obstacles, such as sidewalks and buildings, and time-varying obstacles, such as traffic lights.

Figure 1: (a) vehicle accelerating to the right. (b) A vehicle decelerating in the presence of a red traffic light modelled as a potential barrier. 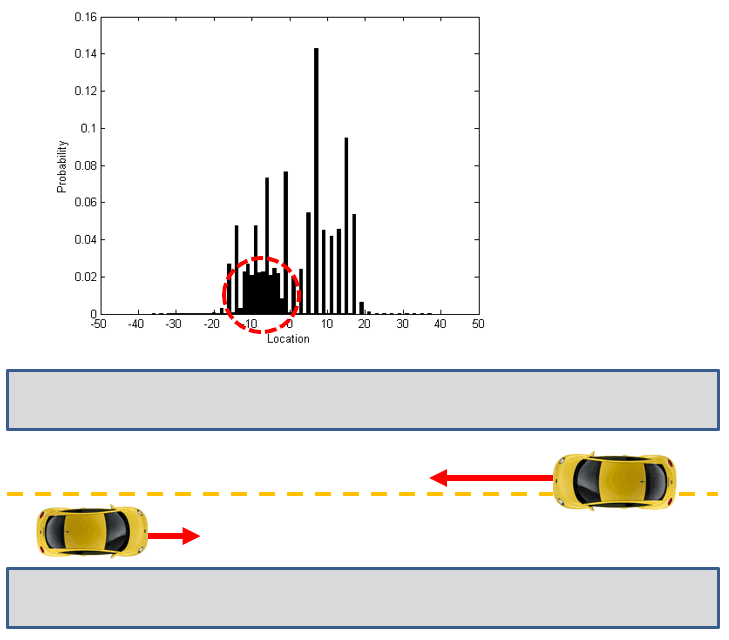 Figure 3 shows how urban areas are introduced using potential barriers. Immovable objects such as sidewalks and buildings are represented by constant potential barriers with near-zero transmission coefficients. Traffic lights are represented by time-varying potential barriers as explained above. Vehicles, i.e., quantum walkers move in this potential space.
Future work includes vehicle routing in urban areas. In this case, the driver enters their current location and destination in a GPS navigation system, which, via 5G networks, communicates the information to the control centre. A quantum computer may hold in superposition many vehicle positions and destinations and optimise traffic flow by proposing a route to each driver.

Please contact:
Ioannis G. Karafyllidis
Democritus University of Thrace, Greece
This email address is being protected from spambots. You need JavaScript enabled to view it.
+30 25410 79548