Today’s energy economy is a highly cost-sensitive and fast-moving market comprising a complex system of power units and grids. The complexity of the system presents challenges when it comes to planning energy generation – a task that is further exacerbated by weather-induced uncertainties with the increasing reliance on renewable energy. With quantum computing on the rise, a team of researchers at Fraunhofer, the University of Heidelberg, and the startup JoS QUANTUM is investigating whether and how quantum computing can improve problem solving in the energy industry, both in quality and computation time.

An energy supply that is both stable and environmentally sustainable is vital for sustainable economic growth and social welfare. But the inherent variability of weather means that renewable energy from wind and solar comes with an increased volatility, which necessitates energy storage and flexible loads. This variability must be considered in energy generation planning, which is an intricate problem even without uncertain renewable energy supply; aside from the challenge of ensuring that energy supply matches demand, energy generation is constrained by several properties of the power grid and connected power units. Minimal and maximal power output, run-, and downtime, as well as a grid-wide spinning reserve are prime examples of such parameters.

With the recent substantial increases in energy market prices, energy generation is a highly cost-sensitive field and trade prices fluctuate rapidly. Therefore, there is a real incentive to calculate the optimal economic dispatch for conventional as well as renewable energies via a realistic fundamental energy model in a short period of time. However, solvers on classical computers often cannot accomplish this task for this so-called unit commitment problem (UCP), especially when uncertainties from renewable energy supply are considered. This also applies to another notable application in the energy industry: electro-mobility is an additional big energy consumer. Hence, the electric vehicle charging scheduling problem (EVCSP) is a cost-sensitive problem and uncertainties also occur with renewable energy supply. Namely, EVCSP is pursued as a real-world application for service EVs at Erfurt-Weimar Airport including electricity generation of a photovoltaics system [L1].

In contrast, quantum computers provide a new computational paradigm based on counterintuitive phenomena in quantum mechanics, such as considering all possible solutions at once in a state of superposition. This enables rapid solving of optimisation and simulation business problems. Admittedly, only few quantum computers of limited size are currently available, but quantum computing is a promising technology of the near-term future. Based on the fundamental principle of uncertainty in quantum mechanics, quantum computers are well suited to cope with stochastic variables. Consequently, we have identified quantum computing as a possible game-changer for modelling and solving fundamental energy models such as UCP and EVCSP, which are studied in the Enerquant project (Energy Economics Fundamental Modelling with Quantum Algorithms) [L2, L3].

This project, which started in September 2020 and is funded by the German Federal Ministry for Economic Affairs and Energy (BMWi) as part of its initiative on quantum computing, explores the potential of state-of-the-art quantum computing technologies for energy economy modelling. The interdisciplinary team behind Enerquant combines the expertise in stochastic energy-economy modelling and high-performance computing at the Fraunhofer institutes ITWM and IOSB-AST with the knowledge in translating problems to quantum-mechanical formulations at both JoS QUANTUM GmbH and Fraunhofer, and the experience in the development of quantum simulators at the Kirchhoff-Institute for Physics (University of Heidelberg). Researchers at the University of Trento and the Institute of Photonic Sciences in Barcelona are also contributing their expertise.

Within the project, we are transforming both UCP and EVCSP models to capitalise on the advantages of quantum computing, thus making a long-term contribution to the development of energy-system modelling. Classically, problems like UCP are modelled as an optimisation problem consisting of a cost function that has to be subject to constraints stemming from the real-world problem (e.g., properties of power units) [1]. For quantum computers however, a reformulation as a quadratic unconstrained optimisation problem is necessary, which is equivalent to the well-known Ising model in physics. Due to current limitations of quantum-computing hardware, it is essential to minimise the problem dimensions (i.e., the number of necessary qubits, the base units of computation). Thus far, two promising models of the UCP have been developed, obtaining a compact formulation via quadratic terms or encoding constraints as a satisfiability problem, a prominent problem in computer science. Similarly, a qubit-oriented formulation for EVCSP exists.

Algorithms for various quantum computing systems are also being developed and adapted for optimisation problems with stochastic variables. Chiefly, the emphasis is on coping with uncertainties and including these in both the model and solution process. Here, adapting methods from robust optimisation as well as scenario generation, and Monte-Carlo methods [2] is a suitable approach. 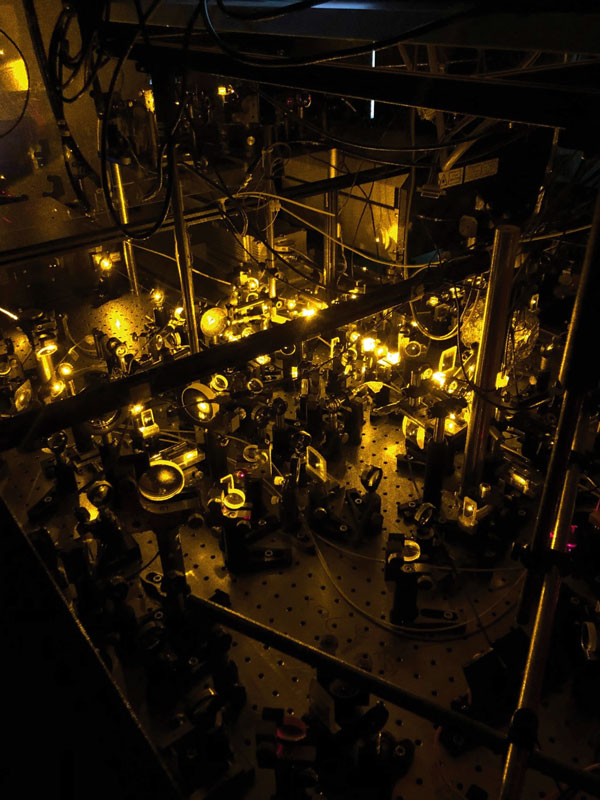 Figure 1: Optical system for laser cooling and control of ultra-cold sodium atoms in the laboratory at the Kirchhoff-Institute for Physics.

Notably, both models and algorithms are realised on a state-of-the-art quantum-simulator prototype made of ultra-cold atoms [3] (Figure 1). Instead of qubits with states 0 and 1, this simulator utilises qudits with states 0 through N. This allows for a tighter model formulation without binarisation of integer- or real-valued variables of classical models. The simulator is tested for its performance against various quantum computers (e.g., IBM’s Quantum System One) and classical hardware to successively enhance models and quantum simulator. Subsequently, a benchmarking framework is established containing test instances and analysis tools and allowing the preparation of different models for various systems. Hence, requirements regarding size and quality of quantum computers can be stated to give a direction for attaining quantum supremacy.

At the end of this three-year project, the results will be incorporated into a software platform available for industrial customers. Not only is it our intent to portray the capabilities of quantum computing and broaden its applicability to real-world problems, but we also expect our results to lead to a more efficient, sustainable, and environmentally friendly energy supply and generation management and to advance electro-mobility.

Please contact:
Pascal Halffmann
Fraunhofer Institute for Industrial Mathematics (ITWM), Germany
+49 631 31600 4110
This email address is being protected from spambots. You need JavaScript enabled to view it.