New study directions are focused on the extraction and recognition of visual patterns from different types of medical images.

Various methods have been developed to recognise visual patterns in medical imaging [1]. Some techniques are used for classification of medical images; the automatic recognition of the pathology associated with the given image. Others are adopted for clustering medical image repositories, whose aim is to detect the different pathologies characterising the image repository. Pattern recognition is also used for segmenting or clustering medical images in uniform regions which can correspond to high-risk areas. Finally, medical image registration exploits pattern recognition methods for comparing body part images captured in different conditions and detecting the optimal alignment among them in order to monitor the evolution of the disease. All these approaches are important for multiple reasons: (i) quick identification of a given disease through visualisation and recognition of elements to further investigate with accurate medical exams, (ii) supporting the physician in the diagnosis process, and (iii) monitoring the patient’s conditions over time.

When it comes to medical image registration, different methods, based mainly on magnetic resonance (MR) images of the brain, have been proposed for monitoring the temporal evolution of a stroke. These methods have limitations, however, given that acquisition costs are high and availability of MR imaging is sometimes low. Other studies are focused on monitoring the temporal evolution of a stroke in its acute phase.

To overcome these limitations, we propose a new system based on image registration techniques applied on computed tomography (CT) exams of the patient's brain for monitoring the temporal evolution of stroke lesions [2]. The system operates in two phases: (i) it evaluates past lesions which are not related to stroke through comparison of past CT exams with the most recent one related to stroke event; (ii) then it evaluates the trend of the lesion over time through comparison of recent CT exams related to the current stroke. Comparison of source and target CT exams is performed using image registration with a new introduced pattern-based similarity measure in 3D. The registration task aims to compute a transformation function maximizing the similarity between the source CT exam and a transformation of the target CT exam. The similarity function is a 3D extension of the “approximate average common submatrix” measure (A-ACSM). It computes the similarity between two CT exams as the average volume of the largest sub-cubes matching, to less than a few voxels, in a neighbourhood in the two CT exams. The proposed system could provide substantial support to hospitals as well as industrial partners by monitoring the stroke for a period of time that is nominated by the physician. Since the new similarity measure in the image registration is robust to noise, comparison of CT exams is also more accurate than traditional registration methods. Figure 1 shows the flowchart of the proposed system. 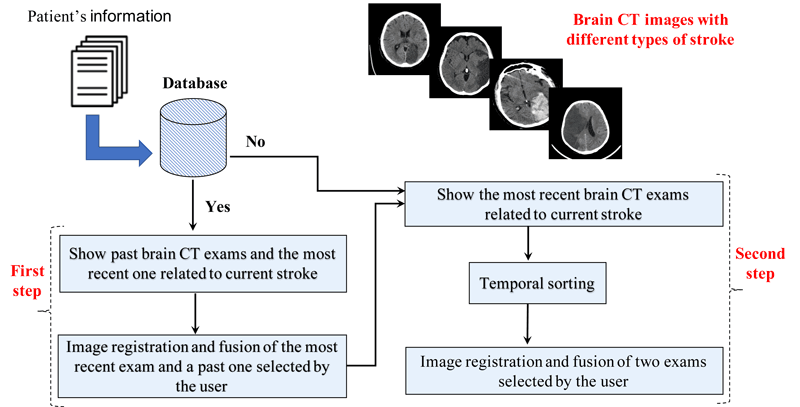 Figure 1: Flowchart of the proposed system [2].

In addition, we recently explored pattern recognition methods for clustering dermoscopic images of different types of skin lesions [3]. As yet, with the exception of melanoma images, the establishment of dermoscopic image repositories representing different pathologies has not been addressed in the literature. These methods can make the diagnosis process faster and more accurate, and support the design of interactive atlases, which can help physicians with a differential diagnosis. Accordingly, we exploited the 2D version of A-ACSM for clustering image repositories, and tested our approach on dermoscopic image databases. Specifically, A-ACSM computes the dissimilarity between two images starting from the average area of the largest square sub-matrices matching, to less than a few pixels, in the two images. The A-ACSM dissimilarity measure is used in the optimisation function of a K-medoid-based  clustering algorithm. The new clustering algorithm, called  “approximate average common submatrix-based K-medoids” (A-KME), is run on a dermoscopic image repository with 12 skin diseases. Figure 2 shows the execution of the proposed A-KME algorithm. 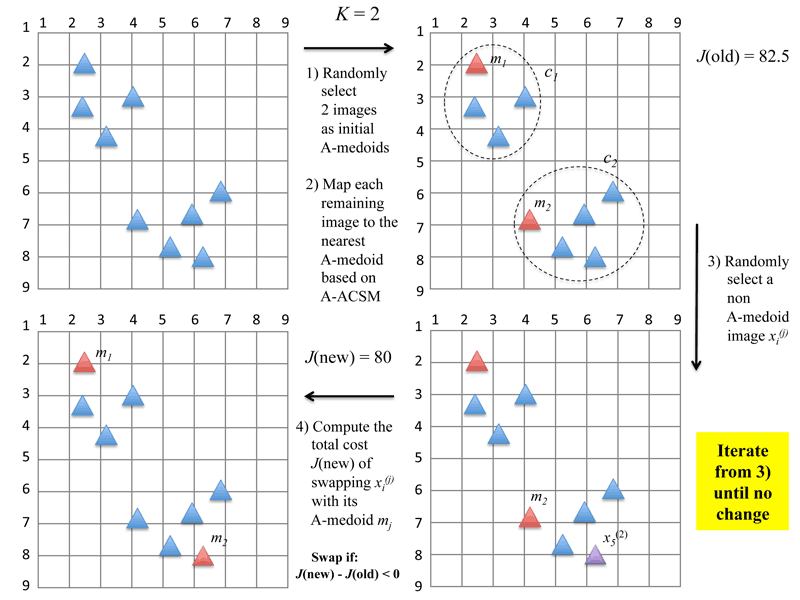 Figure 2:  Execution of A-KME clustering algorithm [3]. The A-medoid is an image which is representative of a cluster of images. The algorithm randomly selects an A-medoid for each cluster (the number K of clusters is an input parameter). After assigning the images to their closest A-medoids in terms of A-ACSM dissimilarity measure, an image is randomly selected to swap with its A-medoid. The swap is only performed if a gain in the optimisation function is obtained. The two last steps are repeated until there is no swap that can improve the optimisation function.

At the end, we obtained very promising results in clustering dermoscopic image repositories versus competing methods.

The research directions about visual pattern recognition in the medical domain involved the University of Calabria, DIMES, and the Mathematical Institute of the Serbian Academy of Sciences and Arts, Serbia. Future work will investigate the use of A-KME algorithm on different types of medical images. The proposed system will also be extensively tested on different case studies and employed in real-life contexts.

Please contact:
Alessia Amelio, DIMES, University of Calabria, Rende, Italy
This email address is being protected from spambots. You need JavaScript enabled to view it.