Researchers and industry specialists across Europe have launched a Quantum Software Manifesto. With the Manifesto, the group aims to increase awareness of and support for quantum software research.
Quantum computers, once just the dream of science fiction writers, are rapidly becoming a reality. Already, the first small quantum hardware devices are being put through their paces, with researchers probing for evidence that they really do work in a fundamentally different way, unlocking solutions to problems classical computers could never solve. 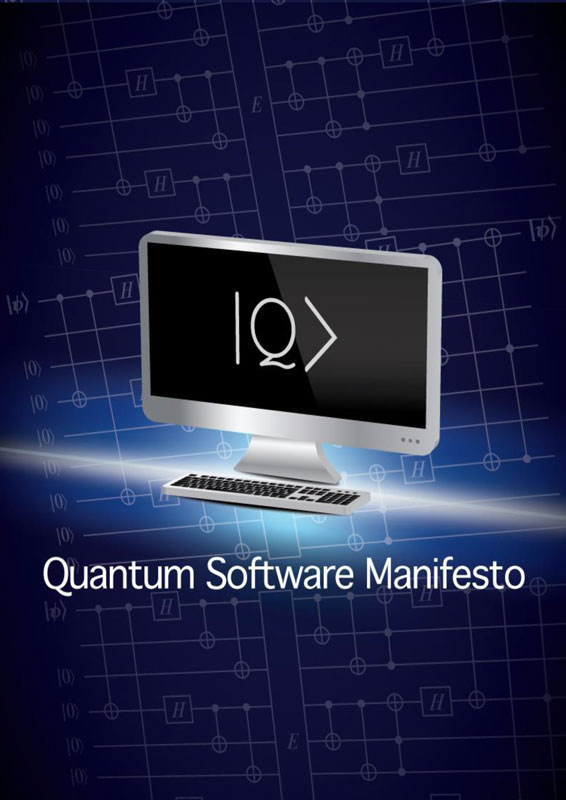 The Quantum Software Manifesto tcalls for increased awareness of the importance and urgency of quantum software research.

Several leading scientists and decision makers, recognising the imminent practical impact of quantum technologies, came together in 2016 to write the Quantum Manifesto [L1] (not to be confused with the Quantum Software Manifesto), calling for an ambitious European quantum technology initiative that would place Europe at the heart of these new developments. After more than 3,400 endorsements from people in scientific, industrial and governmental organisations, the European Commission launched the Flagship Initiative on Quantum Technologies.

As miraculous as the new quantum hardware may be, though, it can never reach its full potential without great quantum software; this new paradigm will demand new approaches, algorithms and protocols. With this in mind, and spurred by feeling that the Flagship Initiative risks under-representing the crucial role of software and theory, we have developed the Quantum Software Manifesto, which focuses on the status, outlook and specific challenges facing the quantum software field.

It is important to remember, first of all, that quantum computers are no silver bullet: where some problems will see dramatic speedups, others see none at all. Identifying potential applications and designing new quantum algorithms based on new principles will be critical, as will finding ways to achieve a useful quantum advantage on the small, noisy devices that are likely to be available in the short to medium term. We need both foundational, theoretical breakthroughs and practical work on optimising algorithms for real quantum architectures. That, in turn, will demand ever-closer collaboration between software and hardware developers, and between academic and industrial partners.

In particular, developing reliable quantum computers is exceedingly difficult because their basic building blocks, called qubits, are so fragile. Even the tiniest environmental perturbation can destroy their delicate superposition states. Software techniques for quantum error correction and fault-tolerant computation could greatly ease the task of hardware design, helping to pave the way for large, stable quantum systems. New verification and testing protocols based on new theoretical ideas will also be essential to both guarantee than such devices are functioning correctly and guide their design.

Important practical applications include simulating physical and chemical systems, approximate optimisation and machine learning. Classical computers find it notoriously difficult to simulate quantum systems; indeed, this currently takes up about 20% of supercomputer time. In contrast, little could be more natural for a quantum computer, and this will be vital in fields such as quantum chemistry, materials science and high-energy physics. Many exciting experiments are already bringing this idea closer to reality.

Machine learning is another hot topic in the modern world, and a flurry of new developments in this area have been kicked off by the discovery of an exponential quantum speedup for solving particular types of linear equations. This has led to new algorithms for core problems such as data fitting, support vector machines and classification. Indeed, a new quantum recommender can already help users of, say Netflix or Amazon, to find good options exponentially faster. But the real work has still has to begin in finding applications where these techniques can be exploited.

Quantum algorithms have the potential to both break current cryptography (via Shor’s algorithm) and provide new and fundamentally more secure cryptosystems, in principle even allowing users to run programs on untrusted systems while keeping their data secret. Practical and commercial technologies have already been developed for quantum key distribution and random number generation, but much work remains to fully develop the potential of quantum cryptography, particularly for large-scale quantum networks.

Quantum networking has already been demonstrated, with entangled states being successfully distributed from satellites to ground stations. As well as allowing truly secure communication, a global quantum internet would enable distributed quantum algorithms to exploit the power of quantum teleportation and error correction to solve distributed tasks that require quantum resources or for which they can make the communication more efficient..

If any of these developments can come to pass, however, we will need more good quantum programmers. Because working with quantum computers is so fundamentally different from classical programming, the pool of people with the necessary knowledge is currently small and new education programs are urgently needed, in both academia and industry. Although some initial steps have been taken, a proposed curriculum is still in its infancy.

We stand at the dawn of the quantum era. It may be imminent, or may take a little while longer to materialise, and we believe it is investment in quantum software and programmers that will make the difference. This will help us to build practical hardware and develop life-changing applications, but none that will be possible without an integrated approach to quantum hardware and software development by industry and academia.

The Quantum Software Manifesto can be downloaded via [L2].

Please contact:
Harry Buhrman, QuSoft and CWI, The Netherlands
Floor van de Pavert, QuSoft, The Netherlands
+31 (0)20 592 4189
This email address is being protected from spambots. You need JavaScript enabled to view it.