Small unmanned aircraft working in harsh weather conditions such as those encountered in the Arctic will suffer from the consequences of icing. In order to assure high efficiency and autonomous operation, a robust diagnosis scheme that detects both faults and icing is required. Research at NTNU is focusing on developing these schemes and integrating them with fault tolerant control techniques.

The phenomenon of ice accretion on aircraft's surfaces is a critical and well recognised problem that affects aviation safety. The consequences of this phenomenon, commonly referred to as icing, include a significant decrease of the lift and manoeuvrability of the vehicle and a simultaneous increase in drag, weight and power consumption, which obstruct conducting autonomous operations in environments with harsh weather conditions, e.g., those typically encountered in the Arctic region.

Ice protection systems (IPS) have been proposed as a means of mitigating the effects of icing. Large aircraft are typically equipped with efficient anti-icing and de-icing devices. However, due to space and weight limitations, these devices are unsuitable for small aircraft and alternative solutions must be sought. At NTNU, very promising results have been obtained using carbon nanotechnology to develop thin layers of coating material to be painted on the surfaces of aircraft. These layers can be heated to melt the ice using onboard electricity. However, in order to assure high efficiency and limit energy consumption, icing diagnosis schemes are needed for optimal activation of the icing protection scheme. At the same time, the diagnosis scheme must be able to robustly distinguish icing from actuator faults, e.g., loss of efficiency in the thrust or in the elevator, and tolerance against these types of faults must also be guaranteed. 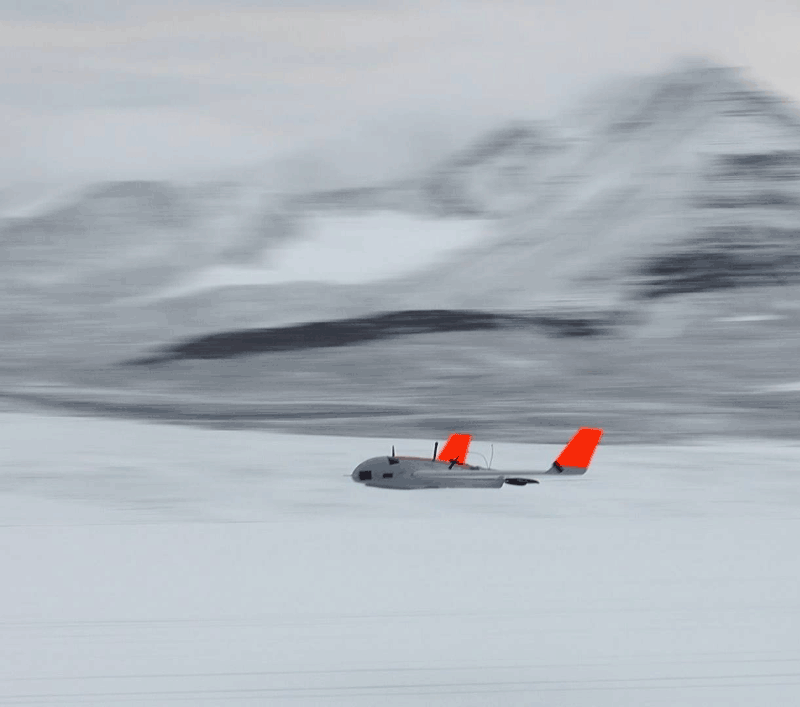 A robust fault/icing diagnosis and tolerance scheme must take into account changes in the aircraft's dynamics due to the variation of the operating point, the presence of uncertainty in the available mathematical model and other undesired effects, such as exogenous disturbances, e.g., the wind, and measurement noise in the sensors.

The changes in the aircraft's dynamics due to the variation of the operating point can be addressed using a linear parameter varying (LPV) methodology. The LPV paradigm provides an elegant way to apply linear-like techniques to nonlinear systems, with theoretical guarantees of stability and performance. Unlike linearization techniques, LPV methods do not involve any approximation, since they rely on an exact transformation of the original nonlinear system into a quasi-linear one, by embedding all the original nonlinearities within some varying parameters. As a consequence, it is possible to develop LPV fault/icing diagnosis schemes, which are consistent with a wide range of operating conditions. To this end, the research at NTNU is focusing on two approaches. The first involves using unknown input observers (UIOs) [1], i.e., observers that allow the state of a given system to be estimated independently of some unknown inputs. UIOs can be made insensitive to certain inputs if some structural conditions on the system are fulfilled, which is a property that can be exploited in order to achieve a successful fault/icing diagnosis. The second approach involves multiple model adaptive estimators (MMAE) [2], which comprise a collection of local observers, each of which provides the state estimation which would correspond to a predefined value of some unknown parameter that can be related to the presence/absence of faults or icing. Under some conditions, the diagnosis can be performed by analysing which observer exhibits the smallest output estimation error energy.

On the other hand, the presence of uncertainty, disturbances and noise is being addressed at NTNU using the theory of interval observers. In contrast with classical observers, which try to provide an exact estimation of the state, interval observers are an appealing alternative that aims at providing the set of admissible values for the state at each instant of time. In other words, assuming that the different sources of uncertainties are constrained in known bounded sets, an interval observer computes the lower and upper bounds for the state, which are compatible with the uncertainty. By merging the aforementioned UIO/MMAE with the theory of interval observers, robust fault diagnosis approaches that assure the absence of false alarms can be obtained. At the same time, interval observers can be integrated with fault tolerant control (FTC) techniques in order to obtain a theoretical framework for achieving robust fault/icing tolerance in small unmanned aircraft.

The theoretical development is supported by numerical simulations with high-fidelity simulators, and field experiments are planned for the future in order to test and validate the efficiency of the proposed techniques.