Standardisation plays an important role in large industry-driven European research projects that aim to put research results into practice, and are run by EC PPP (Public-Private Partnership) organisations such as ECSEL JU (Electronic Components and Systems for European Leadership, Joint Undertaking) and its predecessor ARTEMIS. In recent years, several projects in the area of safety critical embedded systems have addressed interoperability specifications (IOS) for development tools to reduce costs and errors in critical CPS development and to allow easier integration of tools of different suppliers. CP-SETIS, a Horizon 2020 project, will harmonise these efforts and create a sustainable structure to further develop and maintain the landscape of standards, specifications and guidelines which comprise the IOS.

Cyber-physical systems are everywhere, and the comfort, health, services, safety and security of individuals are becoming increasingly dependent on them. A huge variety of engineering tools are required to address a range of demanding challenges during the development of these systems. To facilitate development and satisfy requirements for fully-fledged traceability throughout the development lifecycle of safety-critical CPS  these tools need to be smoothly integrated into engineering environments, allowing fast and efficient development of CPS and smooth cooperation of stakeholders. Organisations that develop CPS are stuck between two extremes: Either to develop their own hard-to-maintain in-house engineering environments, or to be locked-in with proprietary solutions. Therefore past and ongoing ARTEMIS/ECSEL R&D projects, including iFEST, CESAR, MBAT, nSafeCer, HOLIDES, ARROWHEAD, EMC² and CRYSTAL, have proposed open standards for data and tool interoperability, the IOS (Interoperability Specification). Major functional safety standards like IEC 61508 or ISO 26262 have provided some requirements and guidance for tools, but have not tackled the issue of tool chains and tool interoperability.
CP-SETIS is a 24-month Horizon2020 Innovation and Support Action which aims to leverage on these initiatives by proposing and implementing sustainable cooperation and governance structures to:

ICF will also allow stakeholders to

ICF implementation
ICF should be a lightweight structure. In particular, it was clear from the beginning, that ICF would not be a new legal body, but rather a structure within an existing organisation. CP-SETIS contacted various existing organisations to evaluate and find a potential host for ICF:

AIT, like other partners, is member of all of these organisations. A selection process was performed based on clear criteria. Details and procedures have now to be confirmed before finalisation of the selection process. 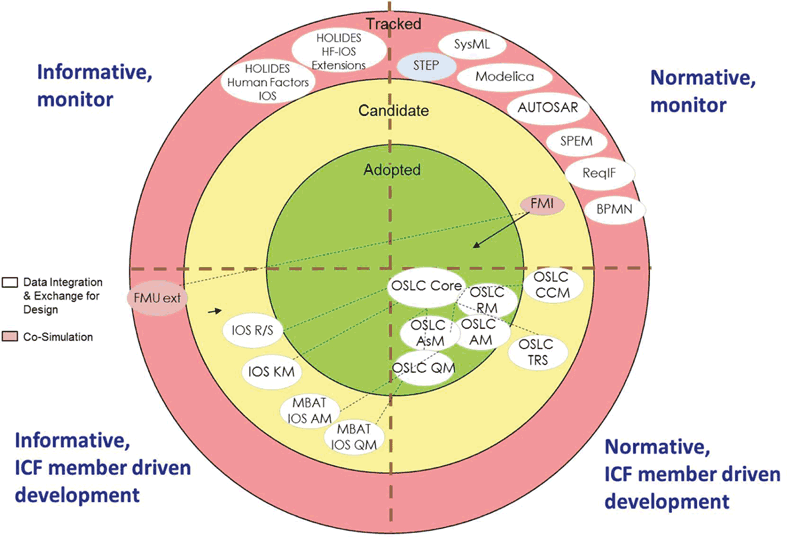 Figure 1: Model of the IOS Interoperability Specifications’ Landscape (positioning of the IOS parts within this landscape is an example only, and does not necessarily reflect the current maturity of these parts)

At the HiPEAC 2017 Conference in Stockholm, a CP-SETIS Workshop will be organised on 23 January. We will discuss IOS achievements, the new Strategic Standardisation Agenda, and collect additional input from participants (https://www.hipeac.net/2017/stockholm/schedule/#wshop).

The CP-SETIS project receives funding from the European Union Horizon2020 Program under grant agreement no. 645149.

Please contact:
Erwin Schoitsch
AIT Austrian Institute of Technology
This email address is being protected from spambots. You need JavaScript enabled to view it.

Jürgen Niehaus
SafeTRANS
This email address is being protected from spambots. You need JavaScript enabled to view it.