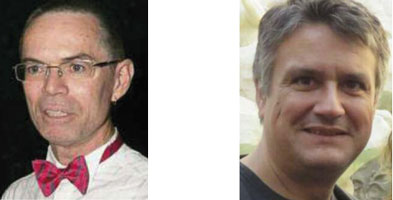 The increasing use of algorithms to produce images that are easier for the human eye to interpret is perfectly illustrated by the progress that is being made with synchrotrons. Synchrotrons like the European Synchrotron Radiation Facility (ESRF), commonly known as photon sources, are like huge microscopes that produce photons in the form of highly focused and brilliant x-rays for studying any kind of sample. We have come a long way from the first x-rays that took crude images of objects much like a camera - the first x-ray image of a hand being taken by Wilhelm Röntgen 120 years ago (http://wilhelmconradroentgen.de/en/about-roentgen). Photon sources like synchrotrons did not always function in this way, however. Owing to the very small beams of x-rays produced by synchrotrons, the first uses were for deducing the properties of a sample’s microscopic structure. Computers have changed this. Thanks largely to computers and computational algorithms the photons detected with modern day detectors can be converted to 2D images, 3D volumes and even n-dimensional representations of the samples in the beam.