Dr. Péter Inzelt, former director of the Institute for Computer Science and Control (SZTAKI) passed away at age 75, on the 23rd of June, 2019.

Péter worked for the predecessor of SZTAKI from 1968 - first as researcher at Department of Control of Continuous Processes, then as head of the scientific department from 1981. He became chief financial officer of SZTAKI in 1987, and director in 1993. Péter led the Institute successfully for 21 years, up to age 70. During his long directorate period the Institute strengthened its professional reputation both at home and in the international scientific community.

His leadership style was always strongly characterised by managerial innovation, fairness in financial affairs, an anti-corruption attitude and social sensitivity. He introduced a new motivation system, launched a voluntary pension fund for the SZTAKI employees and their family members, purchased holiday apartments for the Institute, thus ensuring the summer recreation of many families and supported sporting activities within and outside the Institute. He also provided financial assistance to families suffering from health problems. And this list is far from complete. 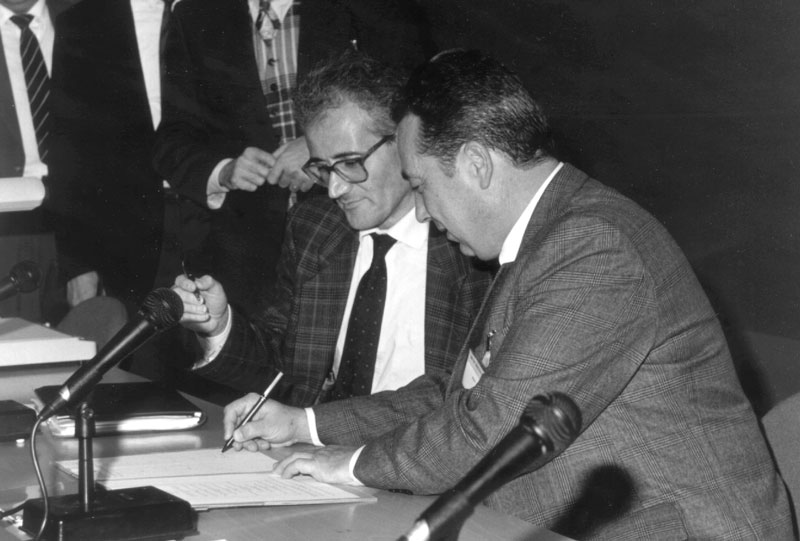 Péter signed SZTAKI’s ERCIM membership in November 1994 during the ERCIM meetings in Barcelona and was SZTAKI’s representative until his retirement. He played an active role at the Board of Directors where he was highly respected. He always considered ERCIM as one of the most important organisations, if not the most important, that SZTAKI joined.

Last, I would like to cite his own words taken from his book published for the 50-year anniversary of SZTAKI: “As for me, it was a pleasure to act as director here for 21 years, up to the limit of the legally possible age and my endeavour was always to serve the Institute in the best way. I hope some of my colleagues share this view. I wish much success to my successor, to the Institute, all its managers and employees.”

SZTAKI considers Péter Inzelt one of our own. His memory will live on.