This year, CWI is celebrating! 75 years ago, the institute opened its doors, under the name Mathematisch Centrum. Its aim was to promote the use of pure and applied mathematics in the reconstruction of the Netherlands after the Second World War, to improve prosperity in the Netherlands, and to enhance the Dutch contribution to international scientific culture. Computer Science was later added to the mix, and the centre was duly renamed Centrum Wiskunde & Informatica, or in short CWI.

Talented researchers in mathematics and computer science work at CWI, conducting fundamental, ground-breaking research that lays the foundation for future breakthroughs. CWI strives to share the knowledge it acquires with society, and its research therefore always has a social relevance.

First computers
In 1952 the Mathematical Center developed the first Dutch computer, the Automatische Relais Rekenmachine Amsterdam (ARRA). After the North Sea flood disaster in 1953, ARRA was used to create models and perform calculations for the Delta Works. Today, the Delta Works still protect the Netherlands against high water.

Spin-offs and partnerships
Cooperation is central to how CWI works, both on a national and international level, with companies and with individual researchers who themselves go on to launch spin-offs. The first CWI spin-off was in 1956: Electrologica, the first Dutch computer manufacturer. To date, CWI has launched 28 spin-offs. Modern examples are Stokhos, which makes software that predicts how ambulances can be efficiently distributed within a region, and MonetDB, founded by database scientists at CWI.

In 1989 CWI co-founded ERCIM together with Inria in France and GMD in Germany.

Shortest path algorithm and navigation
In 1959 one of the world's top computer scientists, Edsger Dijkstra, developed the shortest path algorithm, also known as Dijkstra's algorithm. This is the basis of all route planners used today. In 2007, CWI researcher Lex Schrijver, with others, created an algorithm that was used to redesign and optimize the timetable of the Dutch Railways.

Programming languages
For most of its 75 years, CWI has been a hotbed of programming language design and development, starting with the algorithmic languages ALGOL 60 and ALGOL 68, and continuing with Python, developed in 1989 by Guido van Rossum.

Internet
CWI has also been a leader in the development of the internet. In April 1986 CWI registered ".nl" as one of the first country domains worldwide, and in November 1988, CWI set up the first node on the open internet in Europe. CWI also had one of the world's first websites. CWI researchers have contributed to the design of many web standards including CSS, HTML, XHTML, RDF and many others.

Security and privacy
For security and privacy on the web and the internet, data is usually encrypted. CWI is on the forefront of research in encryption, both in creating encryption methods, and in testing them by attempting to break them. In 1999 CWI coordinated the breaking of the encryption standard RSA-512, by factoring large numbers into their prime factors. In 2008 a group of CWI researchers and international colleagues exposed weaknesses in the MD5 security standard (‘cracking https’), which was widely used on the Internet. In 2017, the same happened again with the security standard SHA-1 which was used to protect credit card transactions and digital signatures.

Imaging, energy, and AI
In 2017, CWI opened the unparalleled X-ray scanner that provides real-time 3D images. With the FleX-ray Lab, mathematics and 3D scanning are brought together, so the new calculation methods can immediately prove themselves in practice. Patients now are treated following optimal radiation plans created by AI. CWI also works on energy research, with main questions like: How do you achieve the most with artificial intelligence and calculation models from available energy sources? And how do you distribute energy fairly and efficiently?

Future possibilities
Throughout its history, CWI has been an innovator, connector, and driver in mathematics and computer science. By joining forces with the best and most motivated scientists in the field, we will increase our efforts to collaborate with universities and knowledge institutions to create the best opportunities for the future. At the occasion of the 75th anniversary, CWI and New Scientist published a one-off anniversary magazine, featuring a wide variety of CWI research (a free paper copy can be ordered online). CWI has also produced a podcast series, where scientists share their thoughts on the influence of computer science and mathematics on tomorrow’s world. 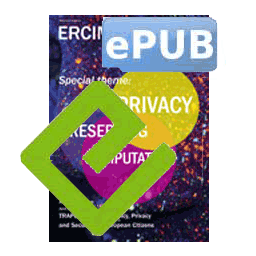