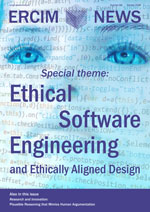 How to design a facial authentication system, taking into account both performance and fairness? We consider the choices that a developer makes when coding such a system, such as the training parameters, the architecture of the neural network, or the authentication threshold. We evaluate their impact on the global fairness of the system, showing that fairness is not only affected by the training data but also by the multiple choices that are made when coding the model.

Numerous international recommendations have been issued over the past five years, listing values, principles and criteria to be considered during the development, and more generally the life cycle, of a machine learning system. These recommendations, although paving the way for standardised methods to design algorithms, do not explain how to actually implement these criteria. For example, what should researchers and engineers do to design “fair” machine learning based systems?

We focus on fairness through the eyes of a developer who has to design a facial authentication system. This study was conducted at the French National Committee for Digital Ethics [L1] and is going on as part of a doctoral research. The code is available on GitHub [L2].

Facial Authentication, Performance and Fairness
Automated facial recognition has been particularly criticised for reinforcing overall discrimination that exists in societies. For instance, it was shown that face analysis systems from big tech companies were misclassifying dark-skinned women much more often than light-skinned males [1]. This was later confirmed by the US National Institute of Standards and Technology (NIST) that conducted a study to quantify the accuracy of face recognition algorithms for demographic groups defined by sex, age, and race or country of birth, revealing significant discrepancies [2]. Yet, researchers have long reduced the problem of fairness to a data issue: “Garbage in, garbage out”, if the data is unbalanced, the system is quite likely to be biased. But this mindset overlooks other parameters or coding choices that are also likely to affect fairness.

We define digital facial authentication as the comparison of recorded biometric data with those presented by a person. It is a one-to-one matching system, and its output is binary: if the output is "yes", authentication is validated, otherwise it is rejected. We have developed a system using a convolutional neural network (CNN), trained by triplet loss for facial authentication [3]. This process requires many technical choices that are usually made by the developer according to what yields the best performance. We have investigated seven of these choices (see Figure 1) through several metrics for both performance and fairness. 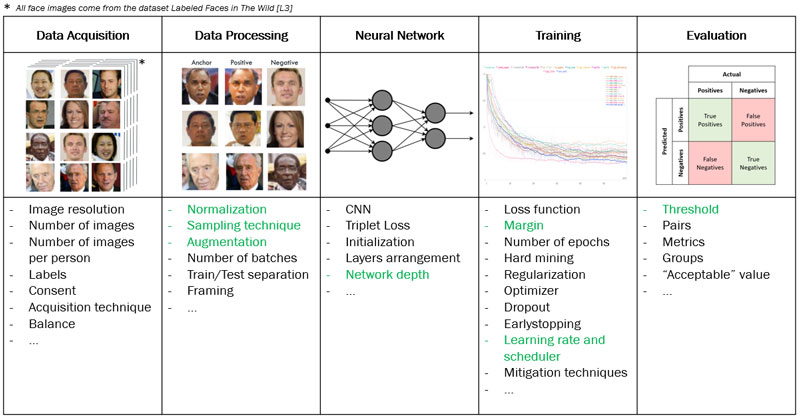 Figure 1: List of design choices for a facial authentication system and investigated choices (in green).

For model selection, a high performance corresponds to a low validation loss at the end of the training phase. For model validation and evaluation, it also corresponds to a high accuracy, a high triplet learned rate (TLR, a metric measuring how well the system has learned), and low error rates.

Fairness is considered here as having the same probability of being recognised by the system in similar conditions, whoever you are. This implies checking, as the NIST did, that for different subgroups of population the system has the same accuracy, TLR and error rates (group fairness). A discrepancy between two groups is significant if the 90% confidence intervals on a given metric do not overlap.

Trade-offs
International recommendations about “the ethics of AI” hardly mention that all the proposed criteria cannot be met at the same time and that trade-offs are often necessary. Moreover, fairness is not only a data issue but involves the coding of the model itself. Therefore, ethical thoughts involving all the stakeholders should come with the design of machine learning systems, making the conflicts explicit and guiding the decisions concerning the code implementation as well as the main decision of whether or not to deploy such digital processes.

Please contact:
Mélanie Gornet
Télécom Paris, France
This email address is being protected from spambots. You need JavaScript enabled to view it.