At the Luxembourg Institute of Science and Technology (LIST), a multidisciplinary scientific group is looking to prove how recycling of biogas residues back to agricultural soils has the potential to mitigate nitrate leaching, enhance long term storage of nutrients in the agro-ecosystems and improve agronomic performance.

As the world population grows, crop yields need to be increased to provide sufficient quantities of food and stock feed. To meet this challenge, the farming system has to overcome limiting factors such as nutrient depletion of arable soils. Nitrogen being the main mineral element required for plant growth, has led to its industrial fixation and extensive use in the form of chemical fertilisers. As a result, the nitrogen cycle has been greatly modified, resulting in one of the most challenging environmental problems: nutrient pollution of aquatic and terrestrial ecosystems, as well as atmospheric contamination. Reactive nitrogen (Nr), released by intensive agricultural and industrial activities, causes problems owing to its great transformation capacity and enduring cascade between environmental media. Inefficient use and losses of Nr to the environment, have over time contributed to major issues such as the greenhouse effect and climate change, deterioration of soil quality, aquatic eutrophication and loss of biodiversity, elevated levels of nitrates in waters, and consequently, impacts on human health and society.

Different aspects of Nr pollution have led to the establishment of treaties, commissions and legal instruments in Europe. Contamination of drinking water was, inter alia, the main driver for the enactment of the European Nitrates Directive 91/676/EEC which aims to protect water bodies from agricultural nitrate leaching. The EU Member States are legally bound to adopt and implement the directive, and failing to comply with its Action Programmes may inflict financial penalties. To date, particular measures within the Nitrates Action Programmes are considered impractical and hard to implement, leading to additional costs for farmers. Limitation of livestock manure application to 170kg N/ha, in accordance with the ANNEX I, has resulted in excessive mineral fertilisation and consequent increase of nitrate loads in the soil and groundwater. Therefore, in order to solve the nitrogen pollution problem, whilst contributing to the circular economy, it seems reasonable to work toward N recycling.

To prevent further acceleration of environmental pollution caused by Nr from agricultural sources, and at the same time integrate the biogas sector into the new bio-economy, we propose the recycling of anaerobically digested organic wastes from various sources such as agriculture, food/feed industries, households and more, back to arable lands. Anaerobic digestion (AD) is an environmentally sound and cost competitive multipurpose process that generates both biogas and digestate (biogas residues, BRs). The digestate resulting is not a waste but a valuable co-product which contains all the nutrients initially present in the substrate, and therefore can be used as biofertiliser, recycling nutrients such as N and P back to agricultural soils. Moreover, the on-farm anaerobic digestion of readily available organic resources can cover the demands of the farm in heat and power (Figure 1). Even though the residues from the biomethanation process are a new type of organic fertiliser, there is a considerable number of research publications that highlight their beneficial effects on soil [1] and plants [2]. 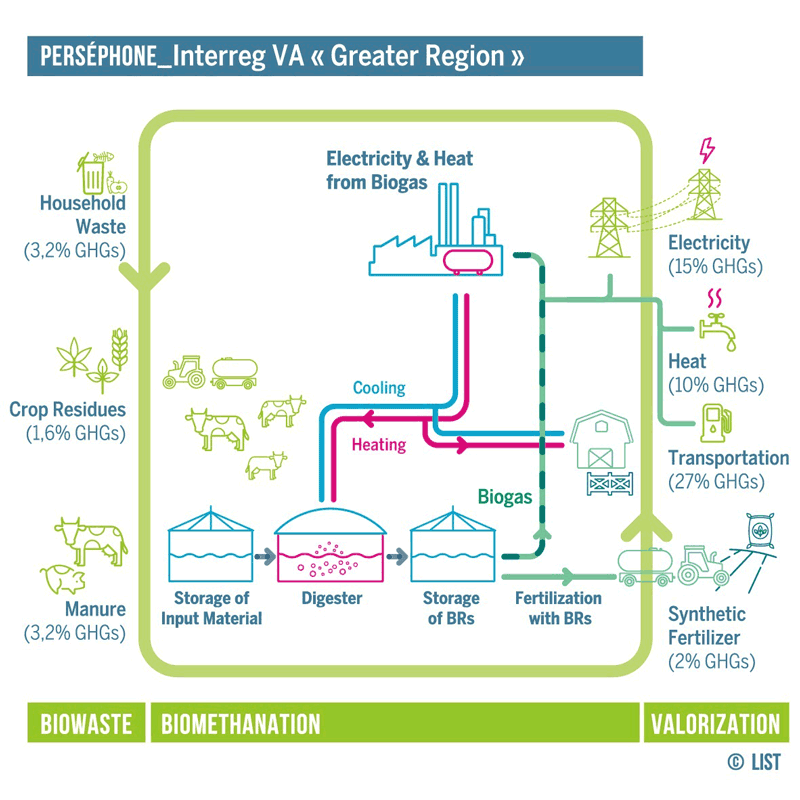 Figure 1: On-farm production of electricity, heat and biofertiliser from biomethanation of organic waste. Implementation on a global scale has the potential to reduce greenhouse gases by 10%

However, owing to the wide range of organic materials used in the process of anaerobic digestion, the residues generated create concerns about their potential content of heavy metals, organic pollutants, pesticides and pathogens. The interest in AD by the EU is driven by critical issues such as climate change, high fossil fuel prices and need for renewable energy, excessive use of mineral fertilisers, and the treatment and disposal of organic waste. The number of biogas plant reactors is drastically increasing as a response to worldwide energy demands and the growing dependency of the European Union on energy imports from non-member countries. This growth produces large amounts of biogas residue that requires immediate handling.

Within the framework of the “Persephone” Project [L1] carried out by LIST and partners, in situ trials of 17 different fertilisation schemes are in place across the grasslands of the Greater Region. Strategic fertiliser application is performed with respect to the guidelines of Nitrates Directive, while soil sampling and forage harvest are dictated by environmental factors affecting microbial activity and plant growth. The overarching purpose of the study is to investigate the contribution of biogas residues to the mitigation of nitrate leaching in the soil and the improvement of agronomic performance. Another aim, stemming from the ANNEX I of Nitrates Directive, is to demonstrate, on one hand, the rampant polluting nature of chemical fertilisers, and on the other hand, the environmental benefits resulting from their substitution by biogas residues. This approach could spur societies to move down a new path towards a sustainable nitrogen future. Furthermore, since biological nitrogen fixation is one of the largest suppliers of Nr in nature, we focus on the impact of biogas residue on soil microbial community composition, function and nitrogen cycling capacity - with emphasis on the transcripts involved in nitrogen transformation - by exploiting metagenomic and metatranscriptomic approaches.

Please contact:
Bella Tsachidou, Luxembourg Institute of Science & Technology
+352 470 261 5033, This email address is being protected from spambots. You need JavaScript enabled to view it.