Technology is increasingly being used to make farming processes more efficient. We are integrating agronomic knowledge and precision farming techniques in order to achieve an adequate agronomic planning at the farm or consortium level and then to transfer this knowledge to farmers, facilitators and farm advisors.

Modern agriculture is based on the control of in-field variability, which is determined by the interactions of numerous factors such as soil, climate and crop. However, growing areas in Italy are often characterised by a high heterogeneity in pedological, orographic and climatic conditions. This variability can be seen at a small scale, within fields of a few hectares, which results in highly variable grain yields and quality, posing a challenge for agronomic planning at the farm or consortium level. Furthermore, some limitations (e.g., too shallow soil or clayey soils) cannot be amended for technical or economic reasons and in these cases, it would be appropriate to limit inputs in function of the expected potential yield. Nevertheless, sometimes in an effort to improve the quantity and quality of yield in low productivity areas, farmers increase the chemical and energetic input rate without a real agronomic or economic justification. Therefore, understanding the causes and the spatial extent of poor performing areas, of agronomic options and of potential production can provide farmers with tools to evaluate and implement appropriate management techniques.
Our study focusses on wheat and the area is located between the Val d’Orcia and the Val d’Arbia, two rural areas of Tuscany (Central Italy), characterised by a typical Mediterranean climate (13.6 °C and 715 mm of annual average temperature and cumulated rainfall, respectively) and fine-textured soil. The “Department of Agrifood Production and Environmental Sciences of the University of Florence (DISPAA)” and the “Siena Provincial Agricultural Consortium (CAPSI)” have been carrying out these activities since 2009, as part of the projects “Precision farming for the Tuscany pasta producers (APPCoT)” and “Old wheat varieties – New cultivation techniques (GRANT)” which were partially funded by the Rural Development Plan of Tuscan Region 2007–2013 and 2014-2020, respectively. 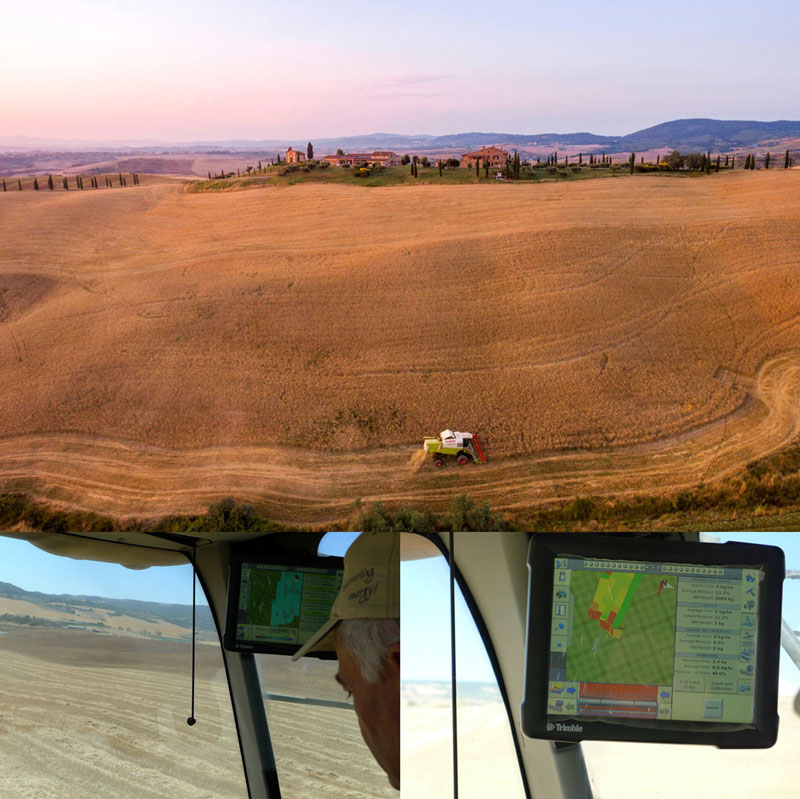 Figure 1: Combines equipped with yield monitoring sensors for measuring and recording information such as grain flow and moisture, area covered and location.

In Central Italy, wheat is usually fertilised by two applications of nitrogen (N) as a function of vegetation vigour and expected yield potential of the field; one following tilling and the second just before the end of stem elongation. Owing to the in-field variability, the potential patterns of yield, as observed over several seasons, cannot reliably drive N fertilisation. On the contrary, crop vigour monitoring allows the crop yield potential to be predicted for each sub-area, thus enabling a site-specific distribution of the fertiliser with positive implications for both economic and environmental sustainability.

For this reason, some Tuscan farmers, with a pioneering spirit, wired and equipped their combine harvesters and tractors with Trimble GPS sensors and computers for parallel driving. Moreover, a Real Time Kinematic (RTK) positioning was installed to enhance the precision of position data derived from satellite-based positioning systems. Combines were further equipped with yield monitoring sensors to measure and record information such as grain flow and moisture, area covered and location (Figure 1). Kuhn fertiliser spreaders, fitted with an electronic control box and actuators controlling the outlets, were adopted, so the fertiliser flow is automatically adjusted depending on the forward speed. DISPAA calculated vegetation indices, based on the RapidEye satellite images (resolution of 5×5 m), which carried a multi-spectral sensor recording radiance in five broad bands of the electromagnetic spectrum. Two satellite images were acquired annually at the end of wheat tilling and during stem elongation, for timing the first and the second top-dressed fertilisation, respectively [1]. Moreover, to produce prescription maps for variable-rate fertiliser application, the CERES-wheat model simulations were performed to identify the appropriate fertiliser rate to optimise grain yield [2] and the grain protein concentration [3] as function of both the field zonal characteristics and the seasonal meteorological forecasts. These prescription maps are then transferred to farmers through the CAPSI’s farm advisors to distribute the fertiliser.

The tests carried out in recent years have shown that it is possible to optimise fertilisation to achieve good production results and at the same time reduce the economic and environmental costs associated with inappropriate distribution of fertilisers.

Please contact:
Marco Napoli
Department of agrifood production and environmental sciences of the University of Florence
Piazale delle Cascine 18, 50144, Florence, Italy
+39 0552755746
This email address is being protected from spambots. You need JavaScript enabled to view it.