Just like its predecessors 3G and 4G, 5G’s success will depend on the degree to which it benefits the users of the applications and services it will transport. Making 5G and its concomitant network improvements work for the Open Web Platform will be key to the widespread adoption of this technology across as many industries as possible. The World Wide Web Consortium (W3C) is planning to launch a multi-year initiative bringing telecommunications operators, OS and browser vendors and cloud providers together to take full advantage of 5G on the Web.

In conjunction with the deployment of 5G, networking technologies are going through a series of transformations aiming to improve their performance and make them more programmable and adaptable, namely: 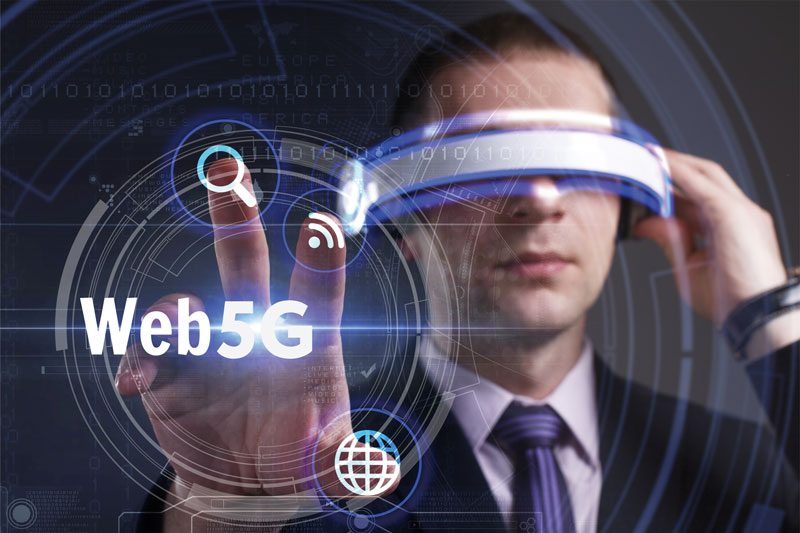 Bringing Web & 5G together is key to many innovative usage of the network, such as enabling streamed virtual and augmented reality.

The major network investments needed to achieve these are hard to justify if they cannot be clearly identified as perceivable improvements to networked applications. Historically, many network improvements have been severely undermined by accidental or intentional lack of collaboration between applications and network (e.g. lack of wide-spread adoption of QoS capabilities).

Many developments on the application side point toward a need for better control of network behaviour, either as improvements to the overall user experience (for instance, an additional delay in responding to user interactions can be directly translated in terms of loss of business), or in a growing number of cases, as critical aspects of deployment of these new applications (streamed augmented reality (AR) and virtual reality (VR), 8K / higher-colour video streaming, immersive real-time communications, telepresence, real-time distributed machine learning, etc.).

Meanwhile, increasing volumes of network traffic is encrypted end-to-end to match the increased stakes on end users’ security and privacy of a networked society. This positive development also means that it is increasingly difficult for network operators to know what kind of traffic they’re transporting, making it hard or impossible to make use of these latest evolutions without explicit collaboration from flow endpoints.

Why is the Web Critical to 5G Deployment?
Fifth generation networks (5G) are intended to provide higher bandwidth, lower latency and better coverage than today’s 4G networks. Improvements to both the physical network and its control plane are expected to make the network more reactive, flexible, and with better performance, and enable better cooperation among its end points. But it is not just network capabilities that matter; the application layer must also be up to the task.

The Open Web Platform is the most ubiquitous and scalable platform to deploy applications and services. Ensuring 5G technologies can be properly exploited on the Web is thus a key component to the long term success of 5G. This need is all the more timely as the Web is rapidly growing its capabilities in a range of areas, including AR and VR, in real-time communications and streaming, machine learning, and internet of things.

What are W3C’s Plans for Web5G?
W3C, as the steward of the Web, convened its community in May 2018 in a dedicated workshop to evaluate how to make Web and 5G technologies work together. Based on the discussions at this event and further conversation among its members, W3C is now preparing to launch a dedicated interest group, the Web & Networks Interest Group, to ensure the harmonious development of technologies at the network and application layers, in coordination with the relevant consortia and standard organisations in this space (e.g. 3GPP and IETF).

Based on the input gathered so far, cross-layers approaches that benefit both application developers and network operators feel like a promising direction to support. For instance, making it easy for application developers to indicate which if their network flows are latency-sensitive or bandwidth-hungry open the way for OSes to decide when to enable multi-path TCP, and for networks when to provide carrier aggregation.

With a focus on such cross-layer approaches, this interest group aims to identify the key technical standards that need to be developed or better integrated to ensure that network operators, cloud providers, OS and browser vendors and application developers can derive direct advantages from the enormous opportunities provided by the next generation of network technologies.

Longer term, the group is expected to chart how network technologies may re-architect online services: with ultra-low latency and edge computing, the distinction between client and server, and between local and remote are expected to get blurrier, which is made all the more enticing with the deployment of Web Assembly as a lingua franca on both clients and servers.

Please contact:
Dominique Hazaël-Massieux
W3C, France
This email address is being protected from spambots. You need JavaScript enabled to view it.