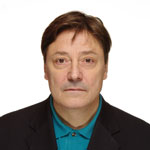 As part of the Digital Single Market (DSM) initiative launched by the Juncker Commission, 5G has been recognised as a key technology for Europe. 5G has indeed been identified as the connectivity platform to support the wider DSM policy objectives of large scale digitisation of the industry, thanks to the native 5G capability to support agile and intelligent connectivity for very diverse use case requirements originating from automotive, healthcare, factories, energy or media sectors. The more systematic adoption of technologies derived from the cloud computing environments such as Virtual Network Functions, micro-service and containers have enabled the design of networks with cloud native architectures supporting a very high flexibility and versatility of connectivity platforms. Beyond the introduction of new radio waveforms, access networks and spectrum uses, “virtualisation and cloudification” is a key innovation of 5G, enabling communication to be flexibly integrated into a complete digital business value chain.

As a consequence, 5G has the potential to open new B2B markets. Revenues from traditional broadband markets are currently stagnating in spite of a traffic increase of at least 50 % per year. Market estimates point, however, to a potential of € 550 billion extra revenues in 2025 from vertical industries. In September 2016 the European Commission adopted a 5G Action Plan to put in place the right framework conditions for the launch of 5G in Europe by 2020, notably fostering licensing and spectrum availability across member states.

European efforts are needed to keep abreast of fierce global competition. The USA and Asia are already moving ahead with the first 5G deployment. They primarily target the “enhanced mobile broadband” use case based on the first version of the standard made available by 3GPP in June 2018 (Release 15). Under the ongoing Release 16 work, the standard will be complemented with essential features needed to fully address the requirements of multiple vertical sectors, notably automotive and factories. European 5G deployments are expected in 2019 in a few cities and larger scale deployments from 2020 onwards. 5G readiness of EU Member States is also progressing fast. About 140 5G trials have been identified for multiple use cases. Six member states have assigned 5G spectrum at C-band and a significant number of auctions are planned in 2019. Nine member states have also published their 5G roadmap and another eight are expected in 2019. These initiatives support the emergence of a European critical mass for 5G which is key to avoid the patchy deployment scenarios of 4G.

Europe also supports 5G trials through the 5G Public Private partnership (5GPPP), a research initiative launched in 2013 to federate 5G R&I in Europe. This 5GPPP has received € 700 million from the European Horizon 2020 research programme, matched by an industrial investment of three to five times that amount. The 5G PPP has delivered key results in a multiplicity of domains as diverse as new radio access technologies, network architectures with co-operation of a multiplicity of fixed or mobile access networks including satellites, operation of new spectrum in the millimetre wave ranges, network virtualisation, redesign of the core network, applications of software techniques to network management . Currently, the 5G PPP is in its third phase that supports 5G validation across a large number of use cases and vertical industries. To that end, a European 5G end to end platform comprising more than 20 nodes has been launched and opened to vertical industries. This platform is unique in the world.

For the next multi annual financial framework covering the 2021-2027 period, the Commission adopted its proposal to support research and innovation in June 2018. Following the 5G PPP, a new partnership to cover “Beyond 5G “ research in Europe with an enlarged scope is under consideration. The target is to address a complete value chain covering connectivity, the device aspects in an IoT context and the service aspects in the context of distributed computing moving at the network edge. Several technologies such a THz or LiFi communication in ultra dense networks, move towards cloud native architectures, edge computing and networking have been identified as future research and innovation topics, including artificial intelligence and blockchain supporting both network management or user applications. Both energy efficiency and cybersecurity and trust should receive particular attention.

We count on the European research community to mobilise its strength to make Europe a leader in future connectivity infrastructures, which are increasingly considered as critical infrastructures.

The views expressed herein are those of the author and shall not be considered as official statements of the European Commission.