Until recently, digitalisation in the public sector was characterised largely by making existing processes faster or more efficient. Blockchain instead is challenging established public structures. Currently publically controlled functions for interaction could be organised completely privately, which requires a repositioning of the state. At the same time, Blockchain provides a technological approach that can be used by the public sector itself to improve transparency and trust.

There’s been much media hype recently around Blockchain technology. More often than not, the technology is talked about in terms of its potential to revolutionise industry or even the entire internet. Whether or not this is pie in the sky remains to be seen, but there’s no doubt that Blockchain technology has underpinned many disruptive ideas in recent years.

The methods behind Blockchain - peer-to-peer networks, hashing, Merkle trees etc. - are not new; it’s their combination that results in innovation. Generally speaking, four types of blockchain can be identified, which may be distributed between the two dimensions of read access and write access (see Figure 1). Public blockchains, which can be read by anyone, focus on external effects like transparency or participation. Private blockchains can only be read by a restricted user group and focus on internal effects like process optimisation or collaboration. 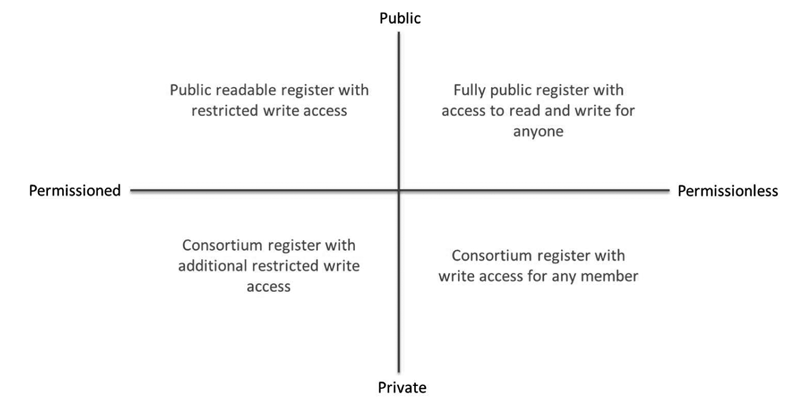 Figure 1: Types of Blockchain categorised according to read and write access [L1].

Blockchain for the Public Sector
Blockchain is particularly important for the public sector, which is responsible for ensuring social coexistence according to common rules. In many cases the state and the public administration act as an intermediary to regulate and oversee transactions and processes. For this reason many states maintain several registers to manage ownerships: for properties or cars, for instance. In addition notaries guarantee transfer of ownership. In other cases the state takes on a role as trusted third party, which confirms the authenticity of a document or an identity. Thus, a technology that aims to replace third parties by cryptographic functions has direct implications for the state and the public sector in general.

It is therefore not surprising that some countries have been dealing with this technology for many years. In 2007 Estonia established the Keyless Signature Infrastructure (KSI) [1], a technology that uses many aspects of today’s Blockchain solutions to ensure the integrity of medical documents. And in 2015 Estonia started its eResidency program that provides a Blockchain-based notary service, e.g., for business contracts or birth certificates.

Depending on the context, Blockchain technology can enable more effective processes, solve partial subproblems or fundamentally change existing work flows. In 2016, the UK Government Office for Science published a study on use-cases, which has received much attention [L2]. A pilot project to pay UK benefits was launched in the same year but also sparked privacy concerns.

Many countries, including Switzerland, USA, Sweden, Ghana and Georgia, are experimenting with Blockchain technology. Dubai announced a Blockchain strategy with the goal of processing all government documents digitally via a Blockchain infrastructure by 2020. The motivation to use Blockchain technology ranges from the prevention of corruption or misuse, to improved transparency (see Figure 2). 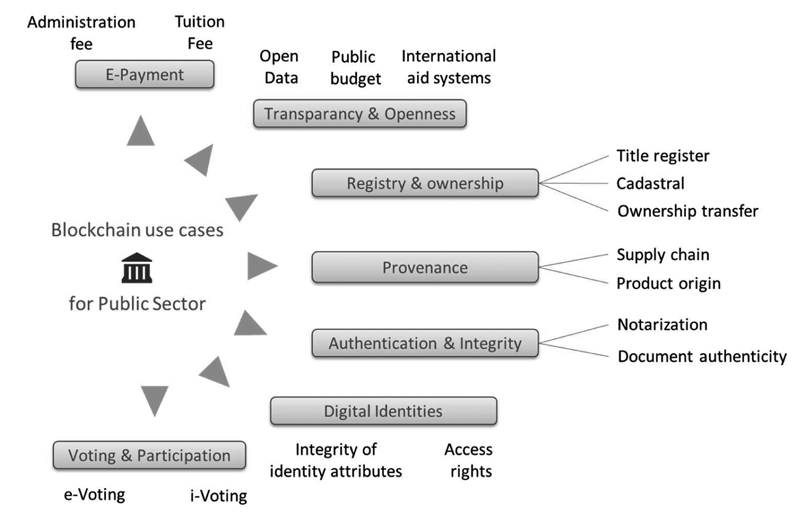 The Role of the State
It is important that governments take an interest in Blockchain technology. On the one hand, the state acts as a regulator, e.g., for cryptocurrencies like Bitcoin. The specific challenge for regulation lies in the decentralised nature of Blockchain. If responsibilities are missing, traditional regulation mechanisms seem to reach their limits. For this reason, some argue that Blockchain is resistant to regulation.

Aside from the issue of regulation, the main question for states and policy makers will be how to deal with the technology in practical terms. The range of possibilities extends from prohibition, through to tolerance, acceptance, allocation of public funding for its development or even application.