Blockchain technology is relatively young, although the underlying cryptographic mechanisms have been known in computer science for some time. At NTNU we are interested in questions such as “Will blockchain and smart contracts make society better? Does this mean that we must have trust in the code, and not in humans? Could Blockchain technology be used as a powerful cyber weapon?”

The main focus of Bitcoin is to provide a global store of value, a state of account and a medium of exchange. In other words, the primary objective of Bitcoin-like systems is to offer a currency. In contrast, the main focus of Ethereum is to provide a global decentralised computational fabric that can facilitate interactions between humans, and algorithms expressed as non-mutable, verifiable code.

Blockchain technology has inspired many social scientists and economists. Technology enthusiasts consider the underlying mechanisms of social organisation, governance, finance and law. Researchers started investigating the implications of global, decentralised and non-FIAT monetary systems. For example, some researchers argue that automation and decentralisation may make the concept of the state entirely obsolete.

Blockchain technology, or more broadly, “distributed ledger technology”, enables many novel decentralised applications. Ranging from simple digital tokens representing currency, through to digital assets management, and audit trails, to the ability to establish decentralised institutions [1]. The property of being decentralised means that a trusted third party is no longer required in many scenarios that would previously have required one. This has far-reaching social implications.

The Blockchain research group at NTNU explores the rich and evolving space of digital currencies. There is currently a lively marketplace for over 2,000 digital currencies in addition to Bitcoin, even though most people have probably never heard of any of them. Tracking, anonymization, and forensic readiness of cryptocurrencies are the main collaboration points between NTNU and Norwegian and European law enforcement agencies. The research group in NTNU investigates several issues related to the current state of the technology. Among them, the researchers consider scalability and resilience of off-chain transactions in the Lightning Network. Lightning Network is the proposed decentralised payment solution that would enable unconstrained scaling of the transactions in the system. Other areas of interest are in the value chain and in supply chain management. The lead in this area belongs to San Francisco-based startup SKUchain [2], which has provided a few research projects to collaborators in NTNU. 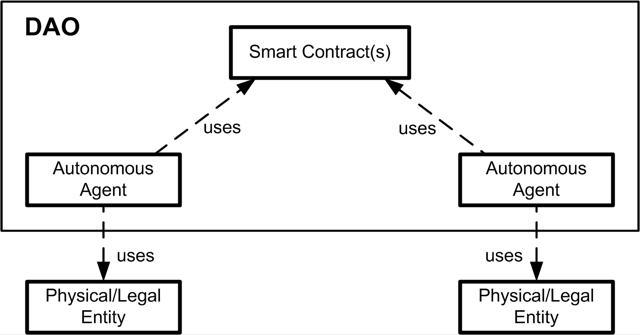 Research on ensuring consistency of computations conducted by a distributed network of nodes is important and often considered the most urgent problem in the field. Multi-party computations, order-preserving hashing and automated verifiable code generations are all active research areas.

Nobody truly understands yet what the consequences of blockchain technology will be. The blockchain innovation is based on openness, different trust models, and new ways of control. Independent, non-trusting parties can interact with each other through an open, trusted, and verifiable communication and value-exchange fabric.

Private, permission-based blockchains are about new ways of control; new ways of doing old things, where one group extracts value out of another. A state-issued digital currency will use private, state-owned blockchain, and it will be possible to track who transacts with whom and when. Unlike cash, private blockchain technology will allow the state to have full knowledge about the way money and value flows in the economy, down to the single penny. With a flick of a switch, criminal wallets can be disabled, and funds ceased and burned. This technology is like a weapon and can be used to restrict personal freedom and to increase control - or to the contrary, it can be used to enhance personal freedom.

Blockchain technology has the potential to have a significant impact on society and it is of paramount important to understand how it can be used and misused. It is a matter of trust!

Please contact:
Mariusz Nowostawski
NTNU, Norway
This email address is being protected from spambots. You need JavaScript enabled to view it.