Each year thousands of shipping containers fail to arrive at their destinations and the estimated damage arising from this issue is considerable. In the past, a database of lost containers was established but the difficult problem of identifying them in huge parking areas was entrusted to so-called container hunters. We propose a system (and related methods) that aims to automatically retrieve lost containers inside a logistic area using a set of sensors that are placed on cranes working within that area. 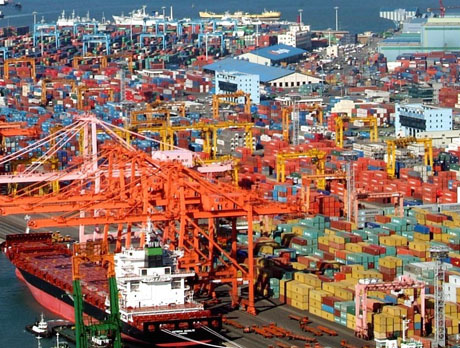 Figure 1: A common shipping area (by courtesy of Business Korea).

The Lost Container Detection System (LostCoDeS) [1] is an ICT solution created for avoiding the costly loss of containers inside large storage areas, such as logistic districts or shipping areas. In these kinds of storage areas (Figure 1), several thousand of containers are moved and stacked in dedicated zones (named cells) daily. Nowadays, the position of each stacked container is stored in a specific database that facilitates the later retrieval of this location information. As the movement and management of containers involves many different workers (e.g., crane operators, dockers, administrative personnel, etc.), communication difficulties or simply human distraction can cause the erroneous positioning of containers and/or the incorrect updating of location databases. In large areas that store thousands of containers, such errors often result in containers becoming lost and thus, result in the ensuing difficulties associated with finding them.

At present, to the best of our knowledge, there are no automatic solutions available that are capable of solving this particular problem without the pervasive use of tracking devices. Most of the proposed solutions in the literature address container traceability during transport (either to their destinations or inside logistic districts) by using on-board tracking devices [2] or continuously monitoring the containers with ubiquitous sensors [3], only to name a few.

The LostCoDeS is a system that is able to detect a misplaced container inside a large storage area without using any kind of positioning or tracking devices on the container. The novelty of the LostCoDeS lies in the method we use to find the lost containers, rather than on the wide use of hardware devices on containers. In this system, a few sets of sensors are placed on the cranes working inside the logistic area. Using the data from these sensor sets, an algorithm can then verify if there are any misplaced containers that may indicate a lost item. The architectural design of LostCoDeS is quite simple. It is composed of a set of sensors for capturing geo-data related to the large storage area, a workstation for elaborating these data and a network for communicating data to a storage device. An informal architectural representation of LostCoDeS is presented in Figure 2.

From the functional perspective, LostCoDeS is based on three main algorithms: the former allows to execute a multimodal fusion of data coming from the set of sensors; the second one is able to reproduce a three-dimensional representation of geo-data and finally the last one implements a comparison between real data perceived by the sensors and expected ones.

The main advantage of the LostCoDeS is that the detection of lost containers can be completed during normal handling operations. Moreover, it overcomes the limitations associated with traditional tracking systems which are based on radio signals, namely that the reliability and stability of transmissions is not guaranteed when the signal has to pass through obstacles (e.g., metal). Further, the system is discrete (i.e., there is no need to install cameras and/or other equipment over the monitored area) and low cost (i.e., there is no need to install tracking devices on the containers), but still maintains an ability to monitor large areas. It is also worth noting that the continuous monitoring of operations is not strictly required (although useful) as the system is capable of identifying misplaced containers even when it starts from an unknown location.

Acknowledgements
A special thank to Ignazio Infantino, Carmelo Lodato, Salvatore Lopes and Riccardo Rizzo who along with the authors are inventors of LostCoDeS.

Please contact:
Patrizia Ribino, ICAR-CNR, Italy
E-mail: This email address is being protected from spambots. You need JavaScript enabled to view it.