A new model to detect and visualize ships behaving in a strange or suspicious manner can help authorities to prevent or mitigate accidents and detect illegal activities at sea.

The three-year SADV project, which finished in 2013, has been a collaboration between SICS Swedish ICT, Saab AB, the Swedish Coast Guard, the Swedish Customs Service, the Swedish Armed Forces and the Swedish Space Corporation. The aim of the project has been to support the maritime surveillance operators by providing them with an increased situation awareness. This is done using automatic tools which detect vessels bahaving suspiciously or uncharacteristically. Increasing volumes of maritime traffic, combined with threats from criminal activities and environmental issues, just to name a few, there is a high demand for tools that can support the real-time analysis of the huge amounts of maritime situation data that are produced.

While it is easily seen that approaches two and three require extensive expert involvement to design the rules and simulator, approach one would appear to require no expert involvement. However, this approach still requires extensive domain knowledge, first to determine what kind of anomalies would be interesting to detect and secondly, to ensure that the model considers the features that are relevant for detecting those anomalies. Typically, the data requires some processing as these features are not directly represented in the raw data.

Each of these behaviours requires different anomaly detectors which consider different features calculated from different parts of the data, often on different time scales. Some are suitably handled with statistical methods, others with rule based approaches and yet others with a combination. Most statistical anomaly detection approaches used in this study were based on the Incremental Stream Clustering framework [1] developed by SICS, and most of the rule based detection is based in the Situation Detector platform [2] developed by Saab.

Results
The methods developed in this study were evaluated on real maritime data collected from the Baltic sea. The success of this approach in detecting interesting situations is illustrated by the following examples: 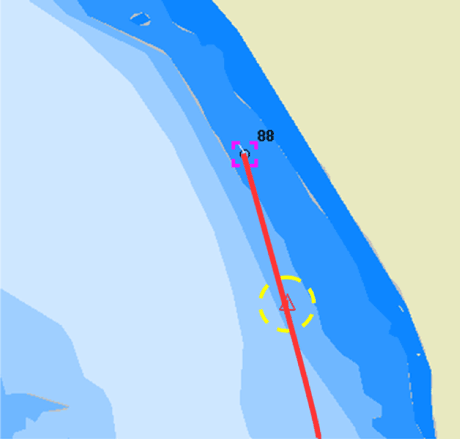 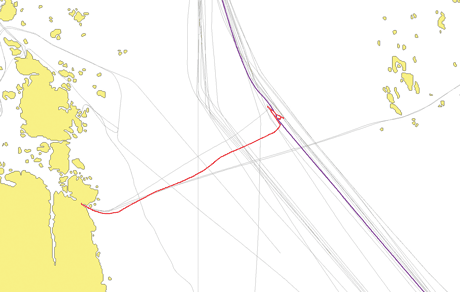 The key to this architecture is identifying information flows that are common across all the surveillance platforms and for all kinds of anomaly detectors. All detectors need situation data from the platform, and they need to provide anomaly indications back, based on that data. They also need to support user configuration and inspection. 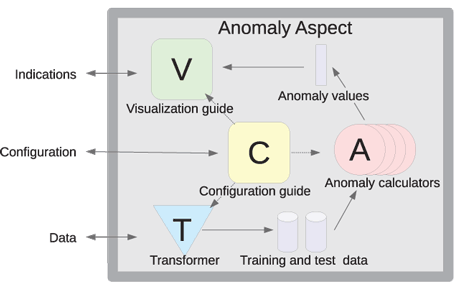 The next step is to identify similarities between the different kinds of anomaly detectors. They all need to extract the relevant features from the provided data, use their respective methods to determine whether those features represent an anomaly, and then finally transform that judgement into an “indication” which is complete with details of what, when and why.

Conclusion
The SADV project has significantly extended previous methods used for anomaly detection within the maritime surveillance sphere and shown that these methods can detect interesting and relevant situations.

Please contact:
Anders Holst
SICS Swedish ICT
E-mail: This email address is being protected from spambots. You need JavaScript enabled to view it.