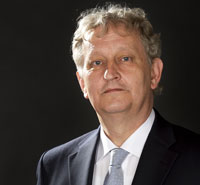 Smart Cities are a bit like football: Every city has a team working on a “Smart City” and wants to be the Smartest City in the world, and at the start of every season every supporter thinks his or her team will be the global champion. Various ranking systems exist, comparing cities on indicators ranging from energy consumption per capita to life expectancy; from Wifi coverage to crime-rates. In other words: Smart Cities are about everything and therefore about nothing. To be frank: I do not really believe all this Smart City marketing. I do believe that innovation and technology gives us the opportunity to improve the quality of life of the citizens and make our cities more competitive.

As a mayor of a European capital city, which is ranked reasonably high in most European rankings and comparisons, I will try to paint a picture of what a Smart City means to me and what it means for our city. As well as the benefits of Smart Cities, I also see a few risks that sometimes go unrecognized. But first a bit of history, because I strongly believe that the DNA of the city will never change and every development in Amsterdam is based on its (long and prosperous) history.

One could argue that Amsterdam was the first Smart City in the world; not with the start of our Smart City program in 2009, but as early as the end of the 16th century when Amsterdam began to grow in importance as a trading city. One of the key reasons that Amsterdam became one of the richest cities of that time, with over 50% of all the sea-vessels in the world departing and arriving at its harbour, was the availability of data on trade and cargo. In a physical square of 400 by 400 meters all the information on the cargo, destination and ownership of all these vessels was gathered. This enabled tradesman to trade cargo that hadn’t even been offloaded from the vessel yet and to compare one another’s products. The rich data enabled the start of the first stock exchange and the opportunity for everybody to invest in trade, generating investments never seen before. Financial newspapers shared the information with everybody who wanted it. Essentially, it was a data driven economy with Open Data avant la lettre.

The sharing of information provided a whole new dimension: “normal” citizens of Amsterdam could take part in the city’s welfare and economic growth. This is why Amsterdam is not a city of bishops and kings but of citizens and merchants, without castles and cathedrals. In Dutch art from the 17th century ordinary people were painted; Vermeer's Milkmaid now displayed in the national museum is a great example.

Back to the now: what is the DNA of Amsterdam and how does it apply to our approach? In this context I would state that it is about: openness, entrepreneurship, collaboration and inclusion.

Smart Cities are about openness: open data, open infrastructures and open innovation are at the very heart of the development of our Smart City. Like the data on cargo and the access to the canals, every “Amsterdammer” should have access to our infrastructure. The sharing of information drives innovation because individuals and business can build on jointly gathered knowledge.

The third subject, “Collaboration”, is of course important on a European scale, for example within Eurocities or the Smart Cities and European programmes, but it is particularly important that strong collaborations occur between companies, knowledge institutes, government(s) and citizens on a local level. Everybody is a stakeholder in the development of the city and all stakeholders are equally important, which means there are hundreds of thousands of stakeholders.

I also see many new challenges - challenges relating to privacy, the ability for everybody to benefit from these new technologies, and the rapidly changing business which will lead to a large shift in labour. I expect companies, governments and scientists to take responsibility for these challenges and find solutions to address the downside of these smart developments.

Having said this I would like to conclude on a simple note: A city is as great as the people living within it. This will still hold true in a smart city: it is all about the people who live, work and play there. As a Mayor I will make sure that our citizens are always ranked first. This will of course make us the Johan Cruyff of the world’s Smart Cities.