Ronald Cramer from CWI in Amsterdam and Leiden University was appointed Fellow of IACR. This was announced by the International Association for Cryptologic Research, IACR. The selection committee praised the mathematician for his contributions to the development of modern cryptography. He received the title "for fundamental contributions to cryptography, for sustained educational leadership in cryptography, and for service to the IACR". Cramer is the first researcher active in the Netherlands to receive this prestigious award. The ceremony takes place during the 33rd CRYPTO conference in August 2013 in Santa Barbara, Ca., USA. Cramer is, amongst others, known for the Cramer-Shoup encryption – which is adopted by an international ISO standard – and for the hash proof systems building on this research. 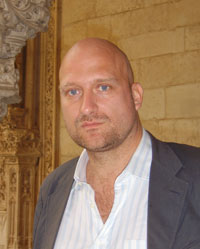