In order to analyze and understand large, complex, and evolving software systems, we take a holistic stance by combining diverse sources of information.

Software evolution research has two objectives: given a system’s present state, evolutionary information is used to understand its past, and predict its future.

But, where does evolutionary information come from? Traditionally, developers use software configuration management (SCM) systems, such as SVN and git. These systems record snapshots of the code, and store them in code repositories, which represent access and synchronization points for development teams. Given the widespread adoption and public availability of SCM systems, it is no wonder that researchers have recently been focusing on mining such software repositories, creating a new and challenging research field.

With software evolution data it is easy not to see the wood for the trees. Besides SCM systems, there is a great deal of highly relevant data recorded in different types of repositories, such as bug trackers, mailing lists, newsgroups, forums, where system-relevant information is stored. The plethora and diversity of data represent a major research challenge in terms of how to extract relevant information and how to present it in a meaningful and effective fashion. 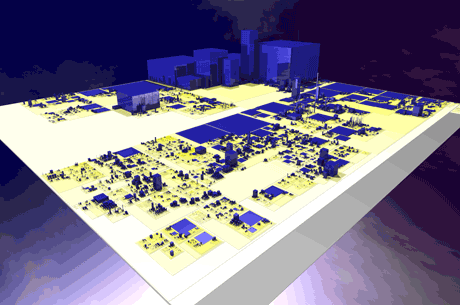 REVEAL - The REVEAL group at the University of Lugano approaches research from a holistic angle: The central theme is to piece together the various sources of information in a comprehensive whole, to have a better grip on the complex phenomenon known as software evolution. We are striking three new research paths to unify, reify, and see software evolution.

Unify - It is not obvious how to integrate information that comes from various sources and in a variety of forms. While certain repositories are easy to mine (especially source code, where the data is well structured), others store “humane” information, written by humans for humans, such as emails. We are currently experimenting with techniques dealing with fault-tolerant parsing (such as island parsing) and information retrieval (IR) to model the data in a unified way.

The PhD thesis of Marco D’Ambros (2010) demonstrated that by integrating various types of data, such as evolutionary data, code-specific data, and data on defects, it is possible to develop efficient defect prediction techniques that go beyond the state of the art. The ongoing work of Alberto Bacchelli is providing evidence for the usefulness of humane data: understanding what developers communicate about is often crucial for the understanding of what they produce.

Reify - Researchers often face the problem that the data produced by current mainstream versioning systems is of poor quality. The snapshot-based nature of SCM systems induces information loss: evolutionary data is only recorded when developers explicitly commit their changes to the SCM system. What happens in between is lost forever. Allegorically speaking this is similar to watching a movie when only every 10th frame is shown. While it may still be possible to understand the general theme of the movie, it certainly does not make for a great viewing experience.

We investigated this issue through the PhD theses of Romain Robbes (2008) and Lile Hattori (2012). The common theme is to complement classical versioning with information constantly recorded while developers work in their integrated development environment (IDE). The central idea is to embrace change by reifying it into a first-class concept. The consequence is almost perfect historical data. Through a number of studies and experiments we have demonstrated that the crystalline nature of the obtained information can fuel real-time recommender systems (such as code completion, conflict detection, etc.), which proactively help developers in their daily chores. Our vision is to turn the “I” in IDE into “Intelligent”.

See - What should we do with holistic information, once it’s there? The challenge resides in the sheer bulk of data, and what it all means to a developer who is hardly interested in having more information at hand. The point is to have useful, understandable and actionable data. We believe that software visualization will play a major role in this context. It is the graphical depiction of software artifacts, and leverages the most powerful sense humans have: vision. While many shy away from the human-centric nature of this type of research, it is based on surprisingly simple notions that leverage how our brain processes visual input. The PhD thesis of Richard Wettel (2010) successfully explored a city metaphor to depict complex and evolving software systems, demonstrating that it is indeed possible to visually grasp a phenomenon as complex as software evolution.

Beyond - Software evolution research is only slowly coming of age, turning into a research field whose intrinsic complexity is further augmented by the fast pace of technical innovations. A holistic take is the only chance to prepare for unexpected consequences.

Please contact:
Michele Lanza
University of Lugano, Switzerland
Tel: +41 58 666 4659
This email address is being protected from spambots. You need JavaScript enabled to view it.
http://www.inf.usi.ch/lanza/