How can operations research (OR), traditionally applied to management problems, help us to understand biological systems? OR emerged from WW II as not only a grab-bag of methods, but more importantly as a multi-disciplinary approach to problem-solving. Modern systems biology shares those same problem attributes, and the OR community is increasingly contributing to this frontier of medical research.

I entered computational biology when I visited Sandia National Laboratories (SNL) in 2000. Seeing the work of SNL researchers and learning about the problems showed me how operations research applies, particularly mathematical programming. This became the focus, not only of my new research, but also of my teaching and service. The following year I created the University of Colorado Center for Computational Biology and initiated a series of workshops and new courses in the departments of Mathematics, Computer Science and Engineering, and Biology. I was the main beneficiary! I continued to learn through research, teaching, and many new collaborations, particularly within the CU medical research community. In 2003 I visited Bernhard Palsson’s Systems Biology Research Institute at San Diego and later visited Leroy Hood’s Institute for Systems Biology. That is when I learned about systems biology and how much more OR can contribute. It is perhaps fortuitous that when I was a student, OR was almost synonymous with systems engineering (which has a different meaning in today’s world of computers). 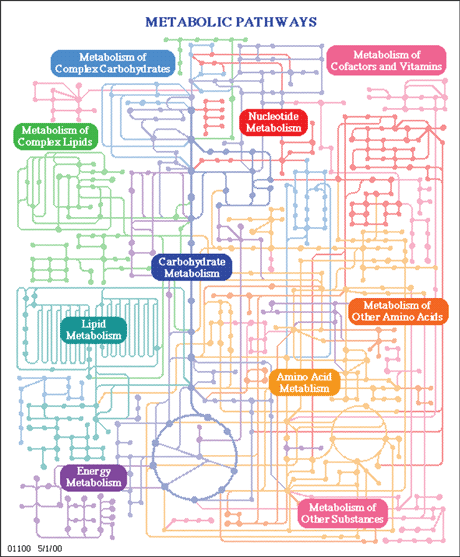 One trick I learned from OR practice is to turn questions around, “Why is this true?’’ We do not fully understand why certain pathways are used, and research has focused on estimating parameters of biochemical interactions among molecules. Turning this around, I ask, “Why is this particular pathway used?” This gave rise to what I call pathway signatures – the natural circumstances that trigger one particular pathway but not others.

I setup a mathematical program and identified pathways that are optimal for a particular objective (defined by parameters). An example of an objective is to maximize ATP production in a metabolic network; another is to maximize reliability (probability of successful regulation) in a cell-signaling network. A simplified version is to choose the cone of linear coefficients associated with an extreme pathway for which that pathway is uniquely optimal, hence its signature. Among the infinitely many, I favored certain properties (from biological principles) and chose signature values that minimize total similarity between pairs of extreme pathways. This is key – the dissimilarity strengthens the idea of a signature, separating one pathway from the others.

Non-extreme pathways have more than one representation as combinations of extremes, and I studied approaches to see what signature offers the most insight into natural choices. With help (and data) from Palsson’s Lab, I enumerated extreme metabolic pathways (viz., red blood cell), on which I based my original studies. Another pursuit is to consider nonlinear objectives, such as quadratic growth, for which each non-extreme pathway is optimal. Understanding why it is better than any of the extreme pathways that define it might shed light on the underlying biology. From the few experiments I ran, redundancy was a paramount signature criterion. For flux balance analysis this means that the defining input-output matrix of the reactions had metabolite generation/consumption dependent upon others. At the very least, we can use this inference as a measure of approximation error. When the linear approximation is reasonable, we can investigate how the system is affected by the imbalance that occurs without fixed system-outputs.

Another part of the story is the Pathway Inference Problem: Infer knowledge about pathways with incomplete information about their parts and interactions. In particular, there has been research into assembly – turning genes into pathways. I turn this into building a highway system and ask, “What junctions and connections provide the most efficient map for travel?” In this sense, pathway inference, or construction, is about optimal routing. Again, the idea of a signature is to find a biologically meaningful objective for which the network is designed (or revised) optimally. Much has been done in road and computer network design using OR with multiple objectives: minimize cost, minimize travel time, and maximize reliability, to name a few. There are many optimization principles at work in the design of life, so the natural laws of economics fit well into the OR descriptive motto: “the science of better.”

In conclusion, I see the future of systems biology broadening its network constructions to mixed-scale. The immune system, for example, needs to be represented by interactions among molecules, cells, tissues, and organs. A drug designed to block some pathways or enhance others can assume multiple targets where its behavior depends on the environmental context of the organism. We have seen such [re-]design problems in OR!