by Wah-Sui Almberg and Magnus Boman

Seasonal flu has prevailed in the temperate zones for 400 years without adequate scientific explanation. We suggest a novel approach to modelling influenza building on the ideas and theories of David Bohm. Our work originates from a project that has been underway since 2002. The project takes a multi-disciplinary approach to modelling the spread of infectious disease, employing research from medicine, computer science, statistics, mathematics, and sociology. This approach led not only to a large programming effort, hosted by the Swedish Institute for Infectious Disease Control, but also to the formation of the Stockholm Group for Epidemic Modeling (S-GEM). The micro-model built by the project group holds nine million individuals, corresponding to the entire population of Sweden. Variations of this model have been used for smallpox and influenza, and results have been published within academia. The model will go open source in 2010.

Most mathematical work in the project, as in epidemiology in general, focuses on traditional macro-models, in the Susceptible Infectious Recovered (SIR) family. Additionally, the project considers, micro- and meso- effects such as individual movement (between work and home, for example) and family structures (for instance, where a person lives, and with whom). Whilst being tentative and somewhat speculative, the work described in this short overview is potentially extremely fruitful. It targets the enigma of seasonal influenza, and how it relates to the prospect of future lethal pandemics. Resting on the foundation of our experience of micro-meso-macro modelling in the burgeoning field of computational epidemiology, we propose a novel way of modelling influenza. This work is carried out in cooperation between Stockholm University, the Royal Institute of Technology and the Swedish Institute of Computer Science (SICS). While our international network is extensive, we would welcome any input from the ERCIM partners on our work, to be presented as a PhD thesis by Wah-Sui Almberg in 2010.

Infectious disease is the cause of more human deaths than any other individual factor, and influenza kills a larger number of people than any other infectious disease. Even in less severe years, more than a million deaths worldwide can be attributed to influenza. Adding to the burden of the direct suffering caused by the contraction of the disease, influenza may have negative social consequences, including a drastic fall in productivity and possible societal conflicts; effects that may cause further spread of the disease and make it more difficult to care for the sick.

Currently, little is known about the transmission process of influenza. In the case of the thoroughly investigated H5N1 virus, for instance, the World Health Organisation acknowledged that no scientific explanation for its unusual pattern of spread could be identified. Furthermore we do not know which subtype - there are 16 hemagglutinin (H) and 9 neuraminidase (N) subtypes - the next pandemic will have. Hence, it is very hard to develop a vaccine and determine its efficacy beforehand.

In the temperate zones, the epidemic spread of influenza is strongly governed by forces that coincide with season, with epidemic activity usually peaking in winter. In these regions, summer outbreaks are uncommon and do not develop into epidemics. There are various explanations for this phenomenon which consider the role of climate, school semesters, and complex network transmission effects. We hypothesise that a unification of the micro-, meso-, and macro- modelling within a single model would give new insights into the social dynamics involved in the spread of influenza. Since the micro and macro- modellers traditionally represent opposite and competing sides, however, and since their synthesis is a long-unresolved problem, we opt for a radically different kind of unification. David Bohm, encouraged by Einstein, outlined an approach that could resolve the micro-macro dichotomy. Originally, his aim was to bring quantum mechanics (a micro perspective) and the theory of relativity (a macro perspective) under one theoretical umbrella, but the philosophy and the mathematics that emerged suggest a more general applicability. 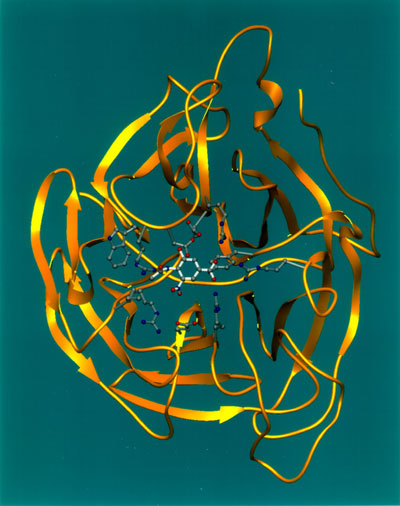 The ontological theory developed by Bohm is a kind of algebra that was originally designed to describe thought and consciousness, but it has also proven valuable for understanding the social dynamics of financial systems. Essentially, Bohm’s scheme is one of participation rather than of interaction. In a set of individuals constituting a population, every individual participates in every other individual’s existence and actions; that is, the totality is present implicitly in every individual, and every individual makes a mark on the totality. Bohm refers to this holistic concept as the implicate order. The concept of wholeness makes it impossible for primary laws to be summarized in a simple set of statements, since every aspect of reality enfolds all other aspects of it in the implicate order. In contrast, the explicate order, which current laws of all natural sciences are based upon, refers to the apparent reality of things. Starting with the explicate order, Bohm extracted the operations displacement (D) and rotation (R) in Euclidean space. Founding a description of reality on D and R, instead of on static elements such as straight lines, circles, etc, Bohm created a system in which process and movement are primary, and spatial coordinates of a secondary nature. As these operators are multiplied and added, orders and measures can be defined. Bohm then added transformations to these basic operations, as is customary, but then he introduced an operator called metamorphosis (M). Using M, sets of transformations (E) can be translated to other Es. This is mathematically stated as E' = MEM-1. Adding a unit and zero operation, Bohm had an algebra for implicate order. The implicate order is, to date, an incomplete theory, but important steps in that direction were taken by Bohm, together with Hiley, when they developed their complete theory of ontological quantum mechanics. This is the theory that we are now attempting to use for modelling influenza.

Wah-Sui Almberg
Stockholm University
E-mail: This email address is being protected from spambots. You need JavaScript enabled to view it.