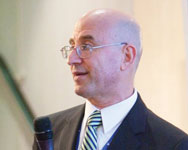 After years of token recognition, green Information and Communication Technology (ICT) is beginning to gain significant traction. In fact, the association of ‘greenness’ with technology has become so fashionable that companies are now trying to ‘out-green’ each other. The main catalyst for this change is the realization that energy consumption is growing at a staggering rate, far beyond that for which we have prepared. The corollary for ICT is that as an industry, it is responsible for significant environmental impact. For example, it is not uncommon for newly constructed data centres to consume more power than the cities they are located in, forcing data centre deployment decisions to be driven by the availability of either cheap electrical power or a natural means of cooling (eg data centres are being built in Iceland for its low average ambient temperatures). Further, electrical bills to power ICT infrastructure are reaching billions of US dollars, and represent a big percentage of the operational expenses of ICT.

The impact of ICT on the Earth’s climate and its dwindling resources is another major concern. Recent studies found that carbon dioxide (CO2) emissions from data centres alone surpass emissions from many individual countries (note that this does not include CO2 emissions from other global ICT infrastructure). This is in addition to the fact that much ICT equipment contains toxic substances such as lead and mercury, much of which enters the environment via the dumping of obsolete equipment.

Given the above, serious collaboration between technologists, developers, researchers, consumers and politicians is needed to achieve green and sustainable ICT. The ramifications of failing to act would be devastating to the environment, and will lead to electricity bills eating up ever-larger chunks of ICT investment.

As technologists, we have recognized that no single effort is effective enough to make a big dent in ICT energy consumption, mainly due to its extensive and diverse footprint. A combined effort is required, including inter-disciplinary research, industry-wide collaboration and extensive social awareness. The whole fabric of society must be involved, not simply technologists and researchers. Examples of efforts include, but are not limited to:

1. Improving the efficiency of ICT infrastructure through, for example, the use of energy-efficient resources and equipment, allocating the right set of resources to execute workloads given their Service-Level Agreements and deploying technologies such as virtualization and autonomic power optimizations.
2. Developing new technology, such as new materials, lower-voltage equipment, increased integration (eg system-on-a-chip) and power-aware ICT (both hardware and software).
3. Improving the efficiency of ICT operations by, for example, using advanced cooling technology and power generation equipment; adopting best practices and known methods for operating ICT deployments such as physical layout to reduce internal/external heat; and optimizing physical placement of resources.
4. Encouraging conservation: here end-users and consumers of ICT must be motivated to conserve energy through schemes such as placing energy caps on consumption, devising systems of rewards/penalties, and possibly establishing a trading market for energy or emission certificates. For example, if a company exceeds its emission limits, it can buy unused certificates from companies that have succeeded in cutting their emissions. It would also be appropriate to hold IT accountable for the cost of operating ICT infrastructure, as it encourages them to improve efficiency and turn off machines that are not in use. I would even recommend making productivity a function of consumption: ie greater consumption must be associated with higher productivity.
5. Increasing social awareness through policies and communications to explain the urgency of the issue and urge conservation.

The above efforts require that quantifiable benchmarks and metrics be developed to gauge their effectiveness and ensure progress towards established goals.

Another important effort is recycling programs along the ‘reduce-recycle-reuse’ theme. Most computer manufacturers have established plans to take back their obsolete products for free and have devised ways to reduce their footprint on the environment. These manufacturers have also been limiting the amounts of toxic substances like lead and mercury in their products.

In summary, an energy consumption crisis is looming on the horizon. Immediate action is demanded, involving inter-disciplinary research, industry-wide collaboration, policies and social awareness. My message to ICT companies is “Learn how to profit from consumers without harming the environment, as it is more rewarding.” And to the research community “Embark on more effective inter-disciplinary research developing green sustainable ICT technologies.”