"It gives me great pleasure and satisfaction to observe that ERCIM succeeds so well in realising the objectives of its founders: creating coherence in Europe in research in mathematics and information science through personal acquaintance and co-operation of researchers from different nations, and at the same time, using these contacts to stimulate excellence in research and innovation in the participating national organisations.
More than ever this co-operative excellence in the key areas covered by ERCIM is necessary to help counter and redress the problems of our society. I firmly believe that the joint research activities of ERCIM will prove to be essential."

"It is a real pleasure to write a few words about ERCIM. Cor Baayen (CWI), Gerhard Seegmüller (GMD) and I created ERCIM twenty years ago, but initiated it after the Single European Act of 1987. In those days some kind of Euphoria was spreading in Europe, with the impression that a significant step towards European Integration had been attained. Our simple question was this: How can we contribute to this general trend?
ERCIM has been the first EEIG for research and in some way anticipated the Research European networks, created by the successive framework programs. We also wanted a consortium including Eastern and Central Europe, at a time when this was still a remote dream.
To see today the successful path of ERCIM is like seeing your child becoming a successful adult, with a solid position and a rich future. It is a real pleasure, a real pride.
My best wishes to ERCIM for 20 new successful years, and my gratitude to our successors who have done a terrific job." 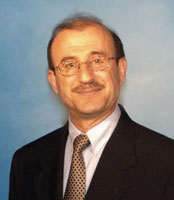 "It has been a delight to serve as ERCIM's first Advisory Committee (AC) Chair. I found ERCIM's unique blend of research vision and innovation leadership to be a major driving force to shape Europe's future and the world at large. Further, I, along with all AC members found ERCIM to embody the ideals of a well-established organization. The energy of its leaders, executives and staff is outstanding, and always willing to go the extra mile to incorporate the feedback they receive from the AC."

"I cherish my memories of my involvement in ERCIM, from 1991 to 2003. Especially my period as president, during which we celebrated the 10th anniversary in Amsterdam, and accomplished the transfer of the European W3C Office to ERCIM, was exciting and rewarding. The consortium strengthened its ties with the European Commission, the European Science Foundation and the US National Science Foundation and promoted its role as a distributed think tank in information and communications technology and applied mathematics. ICT is a driver of innovation, and European cooperation is crucial for real progress. ERCIM is therefore a very valuable network. After I left CWI and thereby the ERCIM community, I still followed the developments with much interest, and I look forward to each new issue of ERCIM News. Usually I am pleasantly surprised by the ability of ERCIM to address novel topics which are of interest to researchers as well as to industry and society."

Gerard van Oortmerssen,
ERCIM President from May 1998 to December 2003

"My relationship with ERCIM is a long story. It started even before ERCIM's birth and thus more than twenty years ago, when I was in charge of international relations for INRIA. At that time, three European research institutes in mathematics and computer science, INRIA, CWI and GMD (later merged with Fraunhofer Gesellschaft), used to cooperate in the framework of bilateral agreements. Once, instead of holding their annual bilateral meetings, their Directors decided to have a joint meeting at GMD headquarters in Sankt Augustin. After a morning of talks, they asked both my German and Dutch counterparts as well as me to provide them with the project of a trilateral agreement after lunch time. It was a sunny day. We sat around a table, forgot about our lunch, and were able to present a first draft two hours later. As far as I know this was the first step towards a European consortium in informatics and mathematics.
When I came back to INRIA, after a few years spent at the French Ministry of Research, ERCIM had been setup. It was a young and promising body of which I had the pleasure of being appointed as Manager. The team was small but very efficient. This was the first EEIG in the field of research and we felt participating in building something new. We were strongly supported by the Board of Directors and a proactive Executive Committee. We had the chance to win several European projects and we contributed to increase ERCIM's visibility on the international scene. This was a challenging and most fruitful experience and I keep a very vivid memory of these two years within ERCIM."

"In 1990, the three initial ERCIM members decided to expand the membership to have a broader representation across Europe. Rutherford Appleton Laboratory (RAL) was the first new member and I joined an informal Executive Committee that spent quite a bit of time on the road assessing the various candidates for membership.
In the next two years, the membership rose from four to twelve and there was a need to introduce a more formal Executive Committee reporting to the ERCIM Directors. I chaired the Committee from 1992 to 1995. It was an exciting time. Some of our achievements were:

I believe ERCIM played a major part in the establishment of a strong European Web presence early on. INRIA became the European Host when CERN withdrew and the ERCIM members seconded staff to INRIA to help in the initial launch of the Office. The W3C European Offices were established at ERCIM member sites and the raising of awareness in Europe was facilitated by the fact that the Offices knew each other through ERCIM.
By the time I left the Committee in 1995, ERCIM was a significantly different organisation from the one that RAL had joined a few years earlier, larger, more confident, more influential. It is a pleasure to see how it has advanced over the years. "

"In the late eighties, INRIA researchers had many point-to-point scientific collaborations with other European researchers in Universities or Research Institutes. The links with CWI were particularly active, due to a common scientific culture, namely the coexistence of two principal fields: Computer Science (improving the tool) and Scientific Computation (improving the principal applications of the tool). These fields are often separate, and this coexistence is obviously a potential source of synergy in both organisations.
These excellent 'grassroot' relations oozed upwards in the Ministerial world of both countries, and one of their yearly meetings came to the conclusion of 'twinning' both organisations. Somewhat anecdotically, our Dutch partner came back with this information a few months later, whereas on our side, this information got lost. Anyway, we could start working together more formally (launching workshops, exchanging scientists, etc.). The next step, a year and a half later, was to bring in GMD which had quite similar scientific interests in a somewhat different structure, and with which INRIA had political links since quite a few years. The gathering process was launched"

"I am very happy to celebrate together with the large ERCIM research community its 20th anniversary. Since its inception, ERCIM is pursuing the common vision of all European scientists for the creation of a truly European community of scholars, professionals and students in ICT and Mathematics; a forum where new young people can be trained, where new ideas can blossom and where collaboration and shared scientific goals can be achieved. It was an honor to participate in this great effort, as the second chairman of the Executive Committee and contribute to the common efforts during that early formative stage. ERCIM has my warmest wishes for even greater successes in the future and for remaining the vibrant organization that it is today." 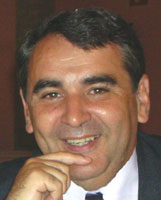 "Spain joined ERCIM in 1993 through AEDIMA, the first 'consortium type' member of ERCIM but unfortunately this significant effort could not be continued in a stable way. Fast forward to 2003 when SpaRCIM, the Spanish Research Consortium for Informatics and Mathematics, was created as a more focused consortium representing Spanish computer science research in ERCIM. Over these years SpaRCIM has been sponsored by the Ministry of Science and Innovation (MICINN) and its decentralized organization is currently spread over five universities and one research institute from the Spanish Research Council (CSIC). SpaRCIM continues to promote high-quality research, participate in working groups, set-up joint projects, and disseminate research results." 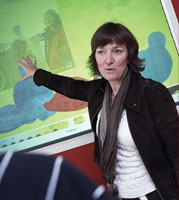 "Today, the importance of designing good interaction and involving users in our design processes is taken for granted. But when I did my PhD-studies, our work was considered a marginal slice of what computer science needed to care about. At SICS, we were a small group of four researchers, all PhD-students, who kept struggling with designing for end-users and worrying about design issues. In 1997 I was awarded the Cor Baayen award for my thesis. It made a huge change for me personally - it confirmed that what we had done was important and it opened many doors for me - but it was also important to the whole group at SICS. We moved from being a marginal group without any senior researchers, to a recognized and vital part of the institute. In 2000 we were already 25 people!"

"Quantum physics took shape a century ago, its weird principles supplanting the common sense of classical physics.  In a way, computer science has been behind the curve right from its start, relying on principles from classical physics. When I started in the area of quantum computing as a PhD student at CWI in 1997, its main breakthroughs were just a few years old, and one could enter the field reading only a handful of papers. Since then, I have seen it evolve from a fresh young upstart to a mature tree, sprouting branches in many directions.  In 2003, I received the ERCIM Cor Baayen Award for my PhD thesis on this topic - the first Dutch person to get the prize named after the Dutch former president of ERCIM."