Since their appearance in the mid seventies, public key (or asymmetric) cryptographic primitives have been notoriously difficult to devise and only a handful of schemes have emerged and have survived cryptanalytic attacks.  In particular, the security of nearly all public key schemes used today relies on the presumed difficulty of two problems, namely factoring of large integers and computing the discrete logarithm over various groups.

The security of all these schemes was questioned in 1994 when Shor showed that a quantum computer could efficiently solve these two problems [1].  We do not know when large enough quantum computers will be built, but this will have dramatic consequences because it will break all popular public-key cryptosystems currently in use.

Clearly, the cryptographic research community has to get ready and prepare alternatives. Those alternatives have to be ready, not only for tomorrow in case of a scientific advance (which might even be of a different nature than those that are foreseen today), but also for now, in order to provide long term security - i.e., several decades - to the data that is encrypted or digitally signed today. This effort has started already with PQCRYPTO [L1] of the European Horizon 2020 program. Furthermore, in August, 2015, NSA announced that it is planning to transition ‘in the not too distant future’ to a new cipher suite that is resistant to quantum attacks.

The NIST has also released a report on post-quantum cryptography [L2] explaining that ‘we must begin now to prepare our information security systems to be able to resist quantum computing’. During the Seventh International Conference on Post-Quantum Cryptography, held in Fukuoka, Japan, in February 2016, NIST announced that a call for establishing new public key standards that are quantum resistant will be issued by fall 2016.

Code based public key cryptography
Code-based cryptography is one of the main post-quantum techniques currently available, together with lattice-based cryptography, multivariate cryptography, and hash-based cryptography. The first code-based cryptosystem was proposed by Robert McEliece in 1978. It belongs to a very narrow class of public-key primitives that so far have resisted all cryptanalytic attempts. McEliece's idea was to use as cryptogram a word of a linear error correcting code (a Goppa code in this case) to which random errors were added. The legitimate user, who knows a fast decoding algorithm, can remove the error. The adversary is reduced to a generic decoding problem, which is believed to be hard on average including against a quantum adversary. 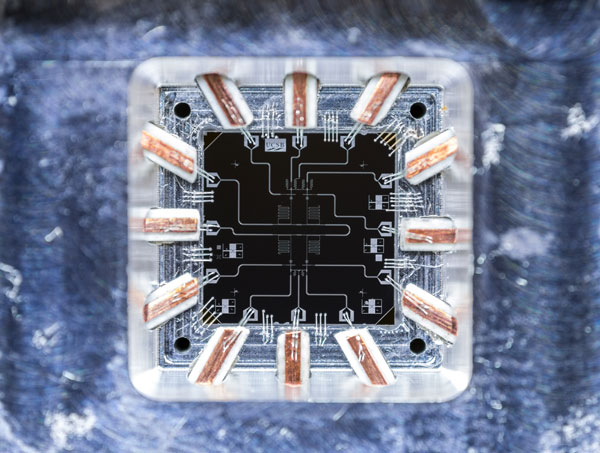 France is leader in code-based cryptography and a working group was formed at the end of 2014 to gather French groups working on this topic. It includes in particular two Inria project-teams (one in Paris, one in Saclay), the universities of Limoges and Rouen, and Telecom SudParis. Among the projected actions of this working group, one is to devise a strategy to incite and support initiatives to answer to the forthcoming NIST call, in particular by identifying topics and primitives of interest.

Code-based systems are inherently fast but suffer from a rather large public key size. There have been several recent breakthroughs which reduce the key size to a few thousand bits:

Those, together with other more traditional code-based cryptographic solutions, could certainly form part of the new asymmetric cryptographic standards that will emerge in the coming decade.