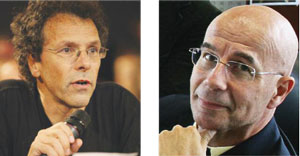 In February 2016 one of the largest heists in history was attempted against a Bangladesh bank. Gangsters tried to rob almost 1 US$ Billion and disappear in the Philippines. At the time of this writing 81 US$ Million are still unaccounted for and seemingly unrecoverable. This was a crime committed exclusively in cyberspace until electronic orders were transformed in cash. The current state of investigations points to the fact that the computer hackers only had to tamper with two bytes – twice – in the bank software in order to get away with the money.