This article introduces a network of advanced internet honeypot probes for gaining situational awareness relating to cyber-attacks. The system is being built on behalf of Hun-CERT. The project is run by MTA SZTAKI and is sponsored by the Council of Hungarian Internet Providers (CHIP).

Individuals with criminal intent will attempt to gain access to any computer that is connected to the internet. Their goal may be to steal data, to gain control over the computer and use it to attack further targets, or to limit the user's access to their data to extort a ransom.

One way of attacking computers connected to the internet is by trying to break into them from the network. This is done by exploiting vulnerabilities in the operating system, additional software or their insecure configuration. Of course, not all computers have the same software and there are differences in the way they are updated and configured. A viable strategy for an attacker is, therefore, to attempt an attack on every computer that is accessible – usually by employing an automated script or attack bot. More sophisticated attackers discover the network in a less intrusive way before an attack. They even create databases of targets so when a new zero-day exploit is discovered, they can attack quickly and in a targeted fashion [1].

To discover attackers and their activity patterns, MTA SZTAKI has started to deploy honeypot probes on various subnets managed by the Hungarian ISPs. The probes are physically implemented as Raspberry Pi computers. In the future, these will be supplemented by virtualized probes – there is already an express demand for them.

The honeypot activity means that the nodes mimic the functionality of real internet services. Currently, the research is focused on implementing the SSH, SMTP and HTTP services. These facilities all run in Docker containers to maximise their isolation while maintaining a low-resource profile. Besides these sources, the firewall of the probe is able to record suspicious network activity on other network ports.

The implemented SSH facility allows attackers to gain access to the honeypot and to issue shell commands. In this way, the nature and the method of attack can be identified. The system also collects the username and password pairs that are being tried by the attackers, which can help in designing passwords that are more secure.

The goal of the SMTP functionality is to mimic a mail server. In a similar fashion to the SSH component, the attackers are allowed to issue commands that are recorded and later analysed. In the final version, the HTTP port will be able to act like a known content-management-system, like Drupal or Joomla.

The probes connect to the operations centre by establishing a VPN connection. This is how the data are collected. Each probe has a unique certificate and each is treated as a potentially hostile host by the centre. This is a safety measure for the unlikely event that a probe actually becomes hacked. The centre itself utilises Logstash, ElasticSearch and Kibana for processing, storing and analysing the logs. 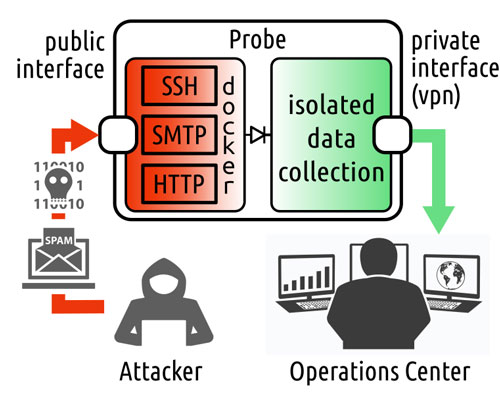 Figure 1: The role of the probe in collecting cybersecurity data.

Many R&D problems have been identified and overcome in this project. An important issue was the limited resources of the probe Pi hardware – the available honeypot software needed too many resources; therefore, new SSH, SMTP and HTTP honeypot components were necessary.

An interesting problem is defining the actual behaviour of the honeypots in a way that the real nature and purpose of the system remain unknown to an attacker for as long as possible. Another important research problem is that the probes must have different profiles at all levels of the network protocols, even TCP/IP. Otherwise, once an attacker has identified a probe, it could discover the rest easily. This requires advanced, kernel-level customisation of the host operating system. We handle these recurring configuration and customisation tasks with the Ansible orchestration tool.

An interesting question is the optimal number of probes on the network operated by the Hungarian ISPs. In our current batch, we have 60 probes, some of which are not yet deployed. However, we believe that the final number should be around 300 – one in each IP autonomous subnet. This estimate, of course, might change as experience is accumulated with the current probe network.

Reference:
[1] L. Bilge, T. Dumitras: "Before we knew it: an empirical study of zero-day attacks in the real world", in Proc. of the ACM conference on Computer and Communications Security, 2012.