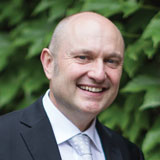 With this edition, ERCIM is celebrating the 100th issue of its magazine, ERCIM News. Since ERCIM’s creation in 1989, the quarterly ERCIM News has been reporting on leading edge European research and developments in Information and Communication Science and Technology (ICST) and Applied Mathematics.

When Inria, CWI and former GMD founded ERCIM in 1989, the establishment of an ‘in-house magazine’ with the aim of reporting on joint activities was one of the first ‘joint actions’. With new members joining ERCIM, our founders Henk Nieland (CWI), Siggi Münch (GMD) and Laure Reinhart (Inria), decided to establish an editorial board with one representative per member institute, responsible for collecting contributions from their institute. ERCIM rapidly evolved from a black-and-white in-house magazine to a full colour publication covering reports and news about scientific projects from all over Europe and even beyond.

In the early nineties, the Internet entered the research institutes and soon raised the question about an on-line version of ERCIM News. By October 1994, the newsletter was published both in printed and electronic format. At that time, ERCIM News was among the first 5,000 Web sites in the world. Surprisingly, the electronic edition did not detract from the success of the printed edition – instead, many new readers who found us on the Web also subscribe to the printed edition, thus increasing its circulation. The peak was reached in 2009 with a circulation of over 10,000 printed copies. Since then, presumably with the spread of smart phones and tablets, the circulation of the printed edition has reduced whilst the online readership has increased. In 2012, for the first time, more people subscribed to the electronic than to the printed edition. ERCIM News currently maintains a circulation of 4,500 printed copies and more than 7,000 people subscribed to the online edition.

From the early issues on, each issue has focused on a special theme identified by the editorial board. The ERCIM News series has thus become a unique collection providing an overview on a wide range of research topics in ICST and Applied Mathematics. All articles in ERCIM News are written by the scientists themselves and professionally edited. The structure of the articles and the limited length also make them comprehensible for non-experts. Thanks to these unique characteristics, ERCIM News has become well-known in the world of scientific publications, and regular positive feedback from our readers has encouraged us to continue in this way. Indeed, our readership comprises not only scientists, but also students, decision makers, professionals within the industry, representatives from the European Commission, and politicians.

The last quarter of a century has seen tremendous advances in technology, especially with the Internet revolution. ERCIM News has witnessed this evolution by focusing on current and emerging topics for the special themes. We have seen completely new areas emerging, for instance, the birth and development of the World Wide Web, to which we dedicated special themes in April 1996 (“The World Wide Web”), in April 2000 (“Web Technologies”), October 2002 (“Semantic Web”), January 2008 (“The Future Web), January 2009 (“The Sensor Web”), April 2009 (“Future Internet Technology”) and the forthcoming issue in April 2015 (“The Web of Things”). Other areas have been emerging as increasing computing power enables new fields of applications: in 1993, for example, we had the special theme on “Parallel Architectures”, showing the progress made in the use of high-performance computing systems. Many research areas on which we reported later, would not have been possible without the research carried out at that time. Other research topics remain a challenge over the years. Software Quality, for example, was the theme of an issue in July 1992, and remains a very important issue today (see ERCIM News no. 99, October 2014).

All previous issues are available on the ERCIM News website. Today, ERCIM News is published in print, and electronically in PDF, epub format and in HTML.

One hundred issues of ERCIM News means more than 2,000 published articles. The popularity of ERCIM News can be credited primarily to our authors to whom the ERCIM editorial board wants to express their warmest thanks on this occasion.
http://ercim-news.ercim.eu

Messages from our readers
Thank you to the many readers who sent us a message on the occasion of the 100th issue of ERCIM News. Here is a small selection of the messages received. 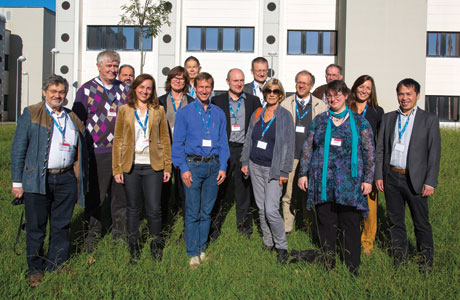 Members of the ERCIM Editorial Board.