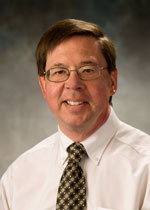 The presence and importance of Cyber Physical Systems is intended as the orchestration of networked computational resources with multi-physics (e.g., mechanical, chemical, electrical) systems in industry cannot be overemphasized. The engineering problems faced daily is managing dynamics, time, and concurrency in heterogeneous (interconnected) systems where the amount and complexity of intelligence (the cyber part) is growing rapidly and where software implementations are a major portion of system design, validation and ultimately verification. Research and education in this field is of strategic importance for business for years to come. Industry and Government in United States have posed CPS at the center of the engineering research agenda since 2007 when the President’s Council of Advisors on Science and Technology (PCAST) highlighted CPS as the “number one” Priority for Federal Investments in Networking and Information Technology). Since 2010, the European research and industrial community has focused on CPS as paradigms for the future of systems. Acatech (German National Academy of Science and Engineering) developed an Integrated Research Agenda for Cyber-Physical Systems published in 2011.