The Human Pose Recovery and Behaviour Analysis group (HuPBA), University of Barcelona, is developing a line of research on multi-modal analysis of humans in visual data. The novel technology is being applied in several scenarios with high social impact, including sign language recognition, assisted technology and supported diagnosis for the elderly and people with mental/physical disabilities, fitness conditioning, and Human Computer Interaction.

The analysis of human actions in visual and sensor data is one of the most challenging topics in Computer Vision. Recently driven by the need for user friendly interfaces for the new generation of computers comprising smart phones, tablets and game consoles, the field of gesture recognition is thriving. Given the inherent difficulties of automatically analysing humans in standard images, alternative visual modalities from different input sensors, including 3D range sensors, infrared or thermal cameras, have attracted a lot of attention. The next challenge is to integrate and analyse these different modalities within the smart devices.

The Multi-modal Human Pose Recovery and Behaviour Analysis project, developed by the HuPBA group and the Computer Vision Centre at the University of Barcelona, has been running since 2009. It is a frontier research project addressing the development of novel computer vision and pattern recognition techniques capable of capturing human poses from data captured via digital images, depth maps, thermal data, and inertial sensors, under a variety of conditions including: changes in illumination, low resolution, appearance, partial occlusions, presence of artefacts, and changes in point of view. Moreover, the project aims to develop new machine learning techniques for the analysis of temporal series and behaviours. The main members of the group are: Albert Clapes, Xavier Pérez-Sala, Victor Ponce, Antonio Hernández-Vela, Miguel Angel Bautista, Miguel Reyes, Dr. Oriol Pujol, and Dr. Sergio Escalera. To date, in collaboration with different universities (Aalborg, Berkley, Boston, Carnegie Mellon), we have developed a range of new generation applications, including: 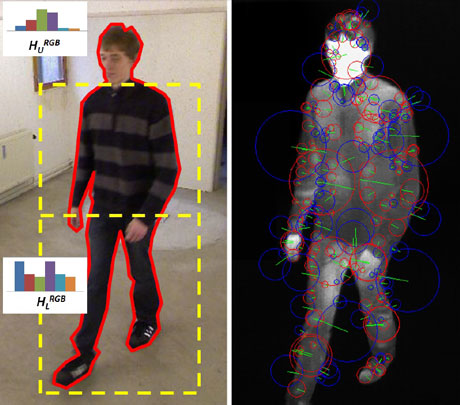 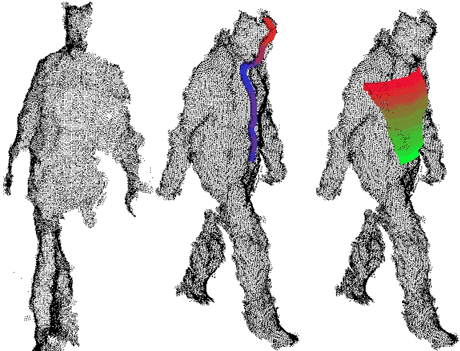 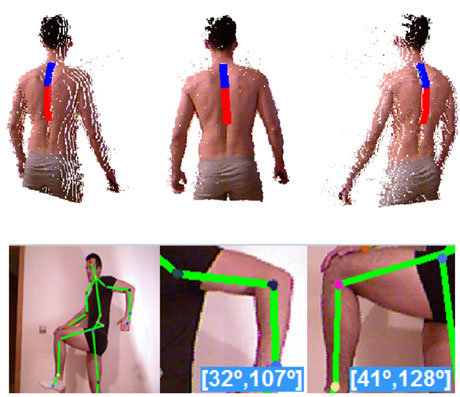 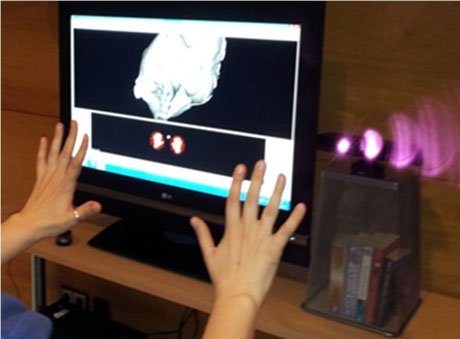 From a leadership point of view, our group won the Human Layout Analysis challenge in the Pascal 2010 VOC (http://pascallin.ecs.soton.ac.uk/challenges/VOC/voc2010/), and achieved the 3rd prize in the Kinect© 2012 challenge at the ICPR conference in Japan (http://gesture.chalearn.org/dissemination). Currently, we continue performing research on novel multi-modal descriptors and human behaviour analysis in time series. As a result of our research, we expect to increase the number of real applications in leisure, security and health, and transfer them to society.