For the third consecutive year, the EvAAL competition gathered teams from all around the world to compare their systems in the participating living labs. EvAAL, a project embedded into the AALOA association, was led by the Institute of Information and Technologies (ISTI) of CNR (Pisa, IT) and was mostly financed by the universAAL FP7 project.

EvAAL, which stands for Evaluating AAL Systems through Competitive Benchmarking, aims at establishing benchmarks and evaluation metrics to compare Ambient Assisted Living solutions and assess advances in the field. 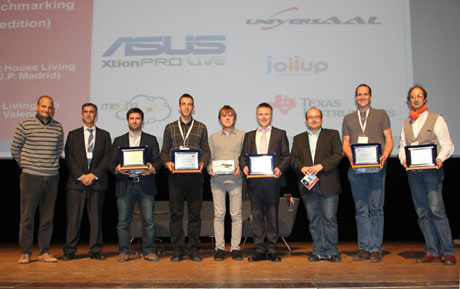 During the competitions, data were collected in realistic environments, the living labs: the data sets, which are publicly available, can be used by researcher communities as an aid for the simulation and test of their solutions.

This year, the competition was composed of two tracks, a demo, and a final
workshop: