The collaboration between Eindhoven University of Technology and Dutch Distribution System Operator, Enexis, results in a direct implementation of scientific ideas and models in real world systems and faster feedback of data for analysis or validation. This is illustrated by the Smart Storage Unit: A grid connected battery in a residential area of 240 houses including photovoltaic generation and heat pumps, controlled by an artificial neural network based forecaster.

The Smart Storage Unit (SSU) is the result of a pilot project for development and deployment of a centralized storage unit in the low voltage (LV) distribution network. The system is built around a lithium-ion battery system consisting of four separate strings, each with a capacity of 58 kWh, having a total capacity of 232 kWh and a nominal battery voltage of 720 V. the total system is capable of storing approximately 1.2 hours of the installed watt-peak PV output in the neighborhood. The goals set for the Smart Storage unit include:

In order to achieve these goals, the SSU is equipped with an advanced control system capable of controlling battery state-of-charge conform pre-specified objectives and conditions (Figure 1). 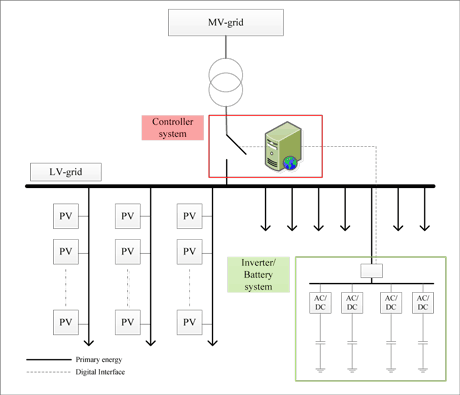 Figure 1: Schematic view of the grid with the SSU-1

The SSU is installed into an LV-grid in the Etten-Leur area, part of the Enexis distribution grid in the South of the Netherlands. The network connects 240 households, of which 40 have locally installed PV systems with a total output of 186 kWpeak. The LV-grid is connected to the upstream medium voltage (MV) network through a 400 kVA transformer (0.4 / 10 kV), with an average peak-load measured at 385 kW.

To ensure proper operation, the SSU should be able to predict the future power demand of the residential area, since that determines when and with which rate the battery is charged and discharged. This is not only necessary for peak shaving operations or for the optimal use of locally generated energy, but also for autonomous operation when the SSU is disconnected from the main grid. A fully charged battery system is not optimal in this case, since the residential area contains so many PV panels that in summer there are times when energy is in surplus. With a full battery this would cause the PV inverters to shut down and the irradiated solar energy would be wasted. This “short-term load forecasting” is done by a forecaster with an artificial neural network (ANN). These mathematical networks consist of nodes called neurons that collect and sum incoming signals from other neurons and evaluate the result by a transfer function [1]. The advantage of using an ANN is that the forecaster can be trained online by using previous energy demands and matching input data (eg wind, temperature, solar irradiation) from the residential area. In this way, the forecaster adapts itself to a new situation in less than two weeks. On a neuron level this training means simply adjusting the connections between the neurons. Since energy consumption on Saturday and Sunday is different than that of workdays, two different ANNs are used for the weekend and workdays.

Figure 2: the SSU in the residential area

At the start of every forecast the system looks into a database containing data from the last two months, and selects the five sets of training data with the input that most resembles the current input [2]. These sets are then used to train the ANN and specialize it to the current situation to make an accurate load forecast [3].

The developed forecaster will be implemented in the near future in the SSU. In the current version a simpler control algorithm is implemented, but the SSU is designed in such a way that new controller components can be installed, tested, evaluated and improved without much effort by using the SSU’s internet connection.

Please contact:
Bram Vonk
ENEXIS, The Netherlands
Tel: +31 6543 00 521
E-mail: This email address is being protected from spambots. You need JavaScript enabled to view it.