ATLAAS-P2P is a two-layered peer-to-peer (P2P) architecture for developing systems, providing resource aggregation and approximated discovery in P2P networks. It gives users a flexible and easy means of searching for resources and also benefits resource providers by assisting users to find them.

The process of identifying useful resources in a P2P network is highly dependent on query formulation. Users should be able to easily express their needs, and an efficient query resolution mechanism should efficiently find relevant resources and limit the number of messages exchanged. Common techniques for searching resources in P2P systems are based on range queries over a set of attributes. However, the volume of resources in a P2P network may be very large and heterogeneous, and users rarely have the appropriate knowledge about the available resources to allow them to properly formulate their queries. A user may, however, be able to define their “ideal” resource and ask the search system to find resources close to such an entity. Thus, instead of having to specify precise ranges on all attributes, the user simply has to provide an example of what is needed.

This mechanism would simplify the work for users and lead to a more efficient exploitation of the search system. Moreover, it would provide an effective infrastructure for advertising for resource providers, facilitating their discovery by users.

ATLAAS-P2P consists of a P2P system that provides flexibility in the way that users express their requirements and an effective solution for enabling users’ requests to reach resource providers. It is based on a two-layer architecture, where peers in the network represent the resources of providers. The lower layer is an unstructured, gossip-based, P2P network allowing peers to efficiently gather in logical groups of nodes representing similar resources. The role of this layer is to automatically capture the affinities existing between resources belonging to different providers and to group them in common communities. Those communities distributively elect their own representatives. The profiles of these representatives are used as the descriptors of such communities. Once elected, each representative registers itself on the higher layer, a structured, DHT-based network.

The structured network has been extended to support approximated searches over the community representatives. Users can submit the queries to this network by providing sample resources consisting of prototypes of the resources they are searching for. Gossip-based protocols are used to find and select similar representatives to forward the query within their community. This means that when none of the resources available in the system matches a user’s request, the user is offered suitable alternatives. 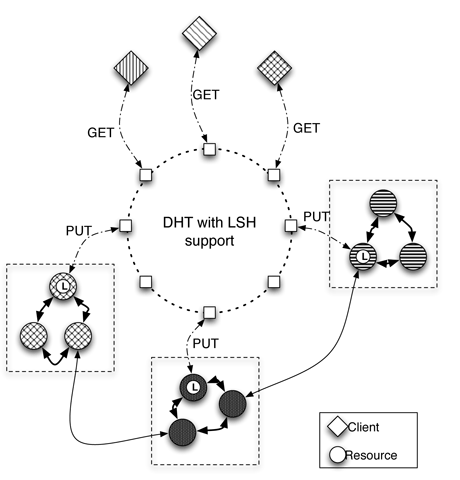 Figure 1: The overall architecture of ATLAAS-P2P

The overall architecture of ATLAAS-P2P is sketched in Figure 1. Peers (circles) form distinct communities built on a similarity basis in the unstructured gossip-based layer. Each community elects a representative, denoted with an L in the figure. Each representative is in charge of registering itself on the higher structured layer. Users of the systems (rhombus) can query the structured network searching for the resources they need. Results will consist of the most significative community profiles and their representatives. The representatives will act as entry points to further forward queries to the peers of the represented community.

Instead of searching for peers whose profile is similar to that specified by the user this architecture searches for communities. This reduces both the number of comparisons to perform and the number of peers to contact. As a consequence, the amount of generated network traffic also decreases.

The ability of ATLASS-P2P to return significant resources has been tested using a dataset of 200 word domain labels organized in a hierarchical structure built by exploiting the WordNet domain [1]. The content of this dataset has been used to generate textual descriptions. Such descriptions have been assigned to 5000 peers according to a Zipf distribution for building the peer profiles. 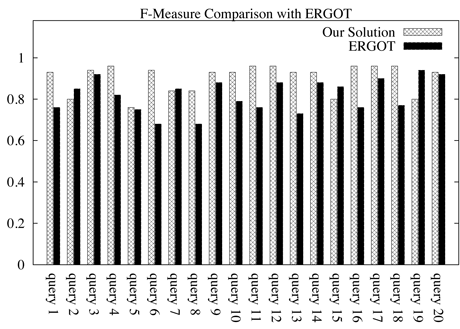 ATLAAS-P2P performances are presented in Figure 2, in which they are compared with those provided by ERGOT [2], a solution for this task, which is based on semantic overlay networks.

Please contact:
Patrizio Dazzi, ISTI-CNR, Italy
E-mail: This email address is being protected from spambots. You need JavaScript enabled to view it.