At CWI and Eindhoven University of Technology in the Netherlands, we enhanced the notion of a computation in the classical theory of computing with the notion of interaction from concurrency theory. In this way, we adapted a Turing machine as a model of computation to a Reactive Turing Machine that is an abstract model of a computer as it is used nowadays, always interacting with the user and the world.

What is a computation? This is a central question in the theory of computing, dating back to the work of Alan Turing in 1936. The classical answer is that a computation is given by a Turing machine, with the input given on its tape at the beginning, after which a deterministic sequence of steps takes place, leaving the output on the tape at the end. A computable function is a function of which the transformation of input to output can be computed by a Turing machine.

A Turing machine can serve thus as a basic model of a computation and, until the advent of the terminal in the 1970s, could also serve as a basic model of a computer. The terminal made direct interaction with the computer possible. Nowadays, a computer interacts continuously with the user at the click of a mouse or with many other computers all over the world through the Internet.

An execution of a computer is thus not just a series of steps of a computation, but also involves interaction. It cannot be modelled as a function, and is inherently nondeterministic. In our research, we made the notion of an execution precise, and compared this to the notion of a computation. To illustrate the difference between a computation and an execution, we can say that a Turing machine cannot fly an airplane, but a computer can. An automatic pilot cannot know all weather conditions en route beforehand, but can react to changing conditions run-time.

Computability theory, which is firmly grounded in automata theory and formal language theory, is the study of languages and the sets of strings, induced by them. Language can be viewed as an equivalence class of automata (under language equivalence).

The notion of interaction has been studied extensively in concurrency theory and process theory exemplified by the work of Robin Milner, who played a central role in the development of concurrency theory. He proposed a powerful parallel composition operator that is used to compose systems in parallel, including their interaction. 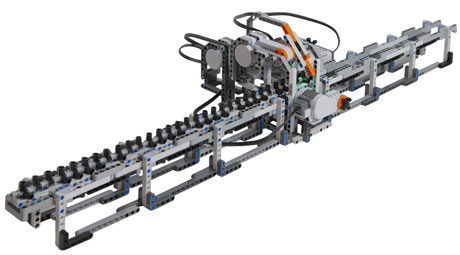 In conclusion, we discussed the notion of an execution that enhances a computation by taking interaction into account. This was achieved by marrying computability theory, moving up from finite automata through pushdown automata to Turing machines, with concurrency theory, not using language equivalence but divergence-preserving branching bisimilarity on automata. Although every undergraduate curriculum in computer science contains a course on automata theory, an introduction to concurrency theory is rarely included. Both theories as basic models of computation are part of the foundations of computer science, and can be taught in an integrated manner, with the results of our research [2].

Finally, it is unlikely that Turing and Milner ever did meet: by the time Milner entered King’s College in Cambridge as a young student, Turing had left some years earlier to take up a job in Manchester.

With the help of Annette Kik, CWI

Please contact:
Jos Baeten, CWI, The Netherlands
E-mail This email address is being protected from spambots. You need JavaScript enabled to view it.