Empirical evidence shows that the use of model driven software engineering can result in an up to 10-fold quality improvement and decreased development time. Researchers from Eindhoven University of Technology tested this on a detector control system at CERN. This brings Turing’s vision of software another step closer.

Well before the advent of modern computers, Turing anticipated the complexities of computing software. Dijkstra spent his latter life developing methods to simplify software. by mathematically deriving correct algorithms. Hoare and Milner worked on formalisms to model and understand the essence of behaviour long before concrete programs existed. Over time, the thinking on software became more abstract.

Our work is reversing this approach towards abstraction by using models as the primary step in the construction of software. First, it is shown mathematically that the models perform their intended functionality and never perform undesired and dangerous behaviour. Subsequently, these models generate software.

Careful comparison of projects that use a more classic approach compared to those that use models show an up to 10-fold reduction in bug-reports during development and an up to three-fold reduction in development times. These figures stem from the medical domain [1]. More telling are the responses by test engineers: “What have you done? Normally we find bugs in minutes. Now we find none.” In reality, not all bugs are removed by model driven software engineering. But typically, the deep and intricate errors are removed and the shallow problems persist (e.g. reformulating a message for the user).

The biggest challenge of model driven software engineering is the state space explosion problem. The size of software can be described in terms of the number of states it can reach. This number is so forbiddingly large that a new name is invented to indicate the class of numbers: computer engineering numbers. Typically, the smallest such numbers are 101000 for a small controller through to numbers not concisely expressible with a single exponential. For comparison the largest astronomical number is 10 to the power 100.

Although models have fewer states than actual software, faster algorithms, huge computers and in particular “symbolic methods” are becoming increasingly effective in establishing the correctness of huge models. For instance, at CERN in Genève the control system of one of the detectors is modelled by approximately 20,000 interacting finite state machines from which the actual control software is generated. The model and the software suffered from a persistent liveness problem, where only part of the detector would be initialized properly. By employing symbolic methods we managed to detect and remove all such liveness problems [2].

Due to the success of the applicability of model driven software engineering, a fascinating new scientific question is emerging: which kind of software modelling avoids the state space explosion problem? We provide initial answers, among which the most interesting is a preference for information polling instead of information pushing. We already see signs that these modelling guidelines are being transformed into the way actual products operate.

Model driven software engineering not only increases the quality but also the effectiveness in software development. Models are used as artifacts from which the executable code is being generated. The executable code is obtained via model transformations. The target code can be considered as a model with a lot of low-level details. 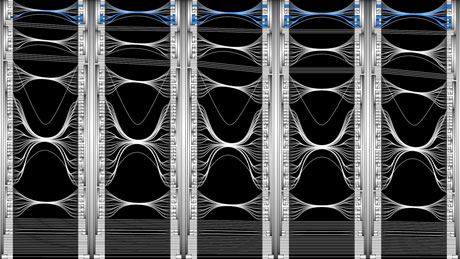 Figure 1: Model driven software improves both quality and development time of new software. During the process, visualizations of model transformation dependencies are used for debugging and other purposes.

The research effort in the design of domain specific languages, one of the important artifacts of model driven software engineering, shifts from a syntax towards static and dynamic semantics. The research on proving model transformations correct is relatively new and unexplored but will be crucial in order to ensure the overall quality of software.

In summary, model driven software engineering is becoming increasingly effective to the point that it will soon be generally adopted.

Please contact:
Jan Friso Groote, Eindhoven University of Technology
E-mail: This email address is being protected from spambots. You need JavaScript enabled to view it.
http://www.win.tue.nl/~jfg

Mark van den Brand, Eindhoven University of Technology
E-mail: This email address is being protected from spambots. You need JavaScript enabled to view it.
http://www.win.tue.nl/~mvdbrand