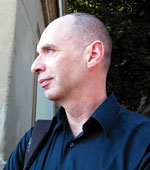 In parallel, also since the 1990s, the public understanding of computers has changed. Computers are not remote installations, but hubs of free personal communication, and are becoming increasingly in tune with Turing’s vision. In fact it is only recently, with general-purpose chips taking over ever more functions, that the idea of the universal Turing machine has really been vindicated. When he died in 1954, Turing would hardly have been seen as a towering figure — and not just because his war work remained totally secret until the 1970s. When elected Fellow of the Royal Society (FRS) in 1951 for his 1936 work on computability, his work was barely appreciated outside a small academic field, and was not considered of practical importance. In 1953 the first British book on computers ridiculed Turing machines as ”incomprehensible”.

Perhaps what is most distinctive about Turing is that although in 1936 he addressed the very abstract and unfashionable material of mathematical logic, unmotivated by any prospect of economic benefit, he never spurned down-to-earth application. The commonplace picture of him as a dreaming theorist misses the mark. His codebreaking work, turning logic and probability into engineering, made a critical contribution to 1945 and indeed the post-1945 world of Anglo-American dominance. His 1945 design for the ACE computer, now the centrepiece of a special Science Museum exhibition, makes visible his eagerness to engage with technical electronics — although his prospectus for what would now be called software development was really the most powerful aspect of his plan.

This was never really followed up and one weakness of Turing’s scientific career was that he did not publish more of his far-sighted ideas. When he chose, he could make a great impact with published papers, and he was not shy about explaining Artificial Intelligence in radio talks. But he was impatient with the more routine work of pressing home his arguments, always eager to move on to new explorations. Many scientists today, serial writers of research proposals, will sympathise.

The questions that most excited Turing are still alive and well. After writing a classic work on Artificial Intelligence in 1950, he turned to mathematical biology, and his models of growth are now the focus of much exciting research. In his last period, Turing was also looking afresh at quantum mechanics, and the connection of logic and physics remains a fundamental problem in modern scientific thought. There is much about Alan Turing’s centenary that speaks not to 1912, but to 2012.