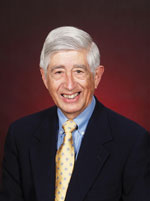 Not only is the effectiveness of current cybersecurity “best practices” limited, but also they enable and encourage activities inimical to privacy. Their root paradigm is a flawed reactive one appropriately described as “penetrate and patch”. Vigorous promotion encourages reliance on these flimsy best practices as a primary defense for private information. Furthermore, this paradigm is increasingly used to justify needlessly intrusive monitoring and surveillance of private information. But even worse in the long term, this misplaced reliance stifles introduction of proven and mature technology that can dramatically reduce the cyber risks to privacy.

44 years ago Charles P. Lickson in a well-known paper "Privacy and the computer age" (IEEE Spectrum, October 1968, pp. 58-63) began his abstract with the prediction “By the year 2000, Americans could have computers and robots in the home - and virtually no privacy”. Now, in 2012, we could say better “virtually no privacy and a lot of cybercrimes”.

Cybercriminality has become a curse of society that affects everybody, nationally and internationally. Individuals, companies, institutions and governments may both become victims as well as (involuntary) helpers of cyber criminals. Inextricably associated with cyberspace, it is a reflection of the evolution of criminal practices that have adapted to the world of information and communication technologies.