by Martin Stierle and Christoph Pacher

Quantum Key Distribution (QKD) uses the properties of individual particles of light (photons) to establish a digital key between two communication partners. Based on the principles of quantum physics the information carried by a photon cannot be extracted unnoticed by the legitimate partners as any extraction of information requires a measurement that modifies the properties of the photon. Additionally, the principles of quantum physics dictate that an identical photon cannot be produced by an eavesdropper. Therefore, any attempt to intercept will be detected by both parties and it is proven that the distribution of digital keys is absolutely secure (ie Information Theoretic Secure (ITS)) against eavesdropping. Consequently messages encrypted with these keys using One-Time Pad encryption can withstand any attacks from arbitrary powerful computers (and even Quantum Computers). In addition secret keys generated with QKD can be used for ITS message authentication. Thus QKD gives us a tool for absolutely secure communication within the digital world.

How QKD technology evolved - a bit of history
In 1984, Charles Bennett and Gilles Brassard proposed the use of quantum communication for cryptographic purposes. Over the following years it was proven that even an adversary with unlimited computing resources cannot break quantum key distribution , something that cannot be realized with classical means alone. The technology of current products corresponds to the status of development of 2000-2003. These products are usually operated in point to point connections and have strong restrictions on the key generation rate and distance.
Meanwhile research groups around the world are working on a second generation of QKD link devices and new laboratory prototypes have emerged. These belong to a variety of different classes of systems, the common denominator being that the key generation rate and distance perform much better. Briefly, the second generation systems include:

The AIT Austrian Institute of Technology has designed and implemented mature entanglement based systems as well as developed the software for setting up the largest quantum network (six nodes and eight links) in Europe so far.

Both, the AIT link systems as well as the SECOQC (Development of a Global Network for Secure Communication based on Quantum Cryptography) network were developed during the European 6th Framework Programme, and were deployed in Vienna in 2008. Research and development were carried out in cooperation with Prof. Zeilinger’s group at the Institute of Experimental Physics, University of Vienna and IQOQI of the Austrian Academy of Sciences. Recent research results (related to finite key analysis) demonstrate that the system is particularly suitable for long-haul communication as a consequence of its ability to generate a secure key even out of a small sample of measured signals. 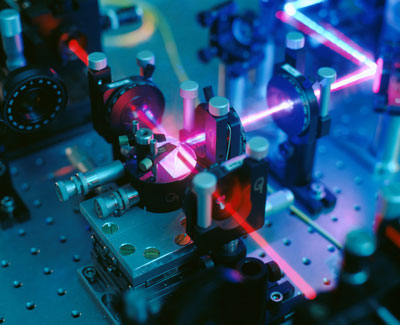 QKD - the research agenda!
Even with telecom’s recent switch from copper to fibre – and fibre is a prerequisite for single photon communication – QKD is far from entering our everyday life. However, the worldwide research and development agenda is straightforward. What QKD needs for better market acceptance are:

Austrian Institute of Technology – our approach
Based on our assessment of the key factors required for a real market acceptance, AIT is concentrating on the development of two specific QKD link systems. The first one will be a backbone QKD link system which can be used in parallel with the telecom´s DWDM (Dense Wavelength Division Multiplex) networks. We expect the new system to operate over a distance of 150km and to push the metropolitan range key generation rate up to a range between 300 Mb/s to 1 Gb/s.

The second QKD link system will be a low-cost, low key generation rate PON (Passive Optical Network) system. In this project a one-to-many quantum communication concept instead of point to point concepts will be implemented in order to reduce costs significantly. 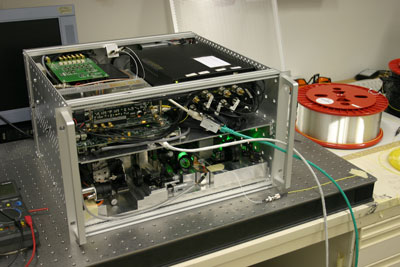 In addition, AIT is chairing the ETSI Industry Specification Group on Quantum Key Distribution. AIT also is involved in some analysis on QKD satellite systems. They will be needed to overcome distance restrictions, especially with respect to intercontinental key distribution.

How might the future look? The quantum communication world!
Not only military, but also civil applications are in use. Whenever you want secure and private communication, even over long time periods, you might use QKD and new ways of encryption. This will be true for banks and governments as well as all the e-health community.

Telecom exchanges will work as trusted repeater stations and form the backbone of the key distribution infrastructure. PONs will extend the reach to the private customers, eg medical doctors. Thus, quantum channel networks will be offered like VPNs. In addition to these more local structures, WWKE – worldwide key exchange will be offered by one or more wholesale key exchange satellite or telecom operators.