The use of digital technology in filmmaking is on the increase. With this trend, the question arises of how to preserve for the future the enormous amounts of image data being produced. The Fraunhofer Institute for Integrated Circuits IIS together with leading European film archives has developed methods and formats for the long-term preservation of digital films and to provide easier access in a plethora of formats. Not only digitally produced movies benefit from this approach: it can also be used to make the inventories of film archives available to a wider audience.

Photographic film is known to have great longevity. Studies from various sources estimate the potential lifespan of film to be between several tens and some hundreds of years (Figure 1). Even films that are stored in non-optimal conditions have a good chance of surviving. This is not the case with digital images, however, and this is now an issue of major importance. In the mid-1990s, special effects and post-production began to move to digital, and the same change is currently taking place for on-set image acquisition, with many film cameras having been replaced by digital versions. While in principle digital data can last forever, the media currently used to store the data often has a lifespan of only a few years. Additionally, there is the risk of obsolescence of media formats, leading to a high probability that even if a magnetic data tape is in excellent condition, it may be hard to find a drive and suitable software with which to read the data into a computer system. The same is unfortunately true regarding data formats. Most formats used in production are specifically developed for this purpose and are not well suited to long-term archiving. Proprietary formats are also used, and these may become unreadable if the manufacturer ceases supporting them or goes bankrupt. 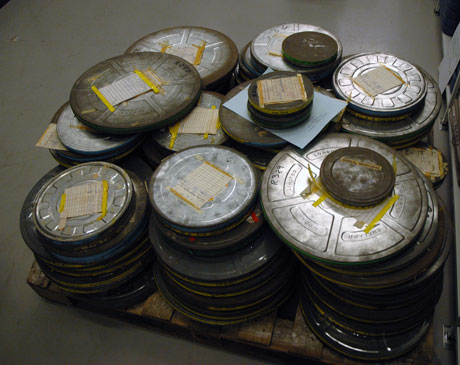 The Fraunhofer Institute for Integrated Circuits IIS has worked together with its partners within the EU co-funded project EDCINE on the development of system concepts and formats to overcome these problems. The concept is based on the asset store approach of the Open Archival Information System (OAIS) reference model, where images and sound are stored together with descriptive data in the one place. JPEG2000 and MXF formats were chosen for encoding and packaging because they represent well-documented and open available standards that are used widely in the film industry. This ensures long-term support for and the usability of the archived data.

In the described system two main formats are used. The Master Archive Package (MAP) that contains images in their original resolution and colour bit depth with compression that uses only mathematically lossless methods. With resolutions currently at 4K (4096x2160) or even higher and compression ratios in the region of 2:1 this results in amounts of data to large to be handled in day-to-day usage. A second format was therefore introduced: the Intermediate Access Package (IAP). Here, a restricted range of resolutions and very high-quality, visually lossless compression is used to bring the data down to a reasonably usable volume.

The MAPs are normally stored on offline media such as magnetic tapes, while the IAPs are stored on hard disks and are used on a daily basis to create several different so-called dissemination formats. These are then delivered as requested to the users and customers of the archive. Each user thus receives the material in the format that is most useful for his or her particular use case (Figure 2). The main advantage of this approach is that it is much less complex than directly supporting a continuously growing number of original source formats. In addition, the supported dissemination formats can be changed over time and as appropriate to the target audience of a particular archive.

To enforce the idea of open and freely accessible standards for archiving, Fraunhofer IIS is active in the JPEG committee and has, during the course of the EDCINE project, developed three profiles for JPEG2000 that describe how to use this format in the context of audio-visual archiving. With the help of presentations at international conferences and a series of workshops for film archives, the idea of using JPEG2000 for this use case has been spreading in the archiving world and is now widely recognized.

During the EDCINE project, a prototype of a digital film archive system was developed and used to publicly demonstrate and evaluate the system concept. Fraunhofer IIS is now beginning to implement the concept in pilot projects with several leading European archives.

The EDCine Enhanced Digital Cinema project was funded by the European Commission within the 6th Framework Programme FP6/2004/IST/4.1, contract no. 038454 EDCine.