Almost everything one does relies on the use of standards, from vehicle safety, to smartphone design. Here we use an idealised scenario to illustrate these standards for modelling.

Standards play an important role in our everyday life; they define how our appliances communicate with one another and the address format of our last email. While ubiquitous in experimental sciences, the application of standards to mathematical modelling in the life sciences is relatively new. With its integral use of computer modelling many of these standardisation efforts have taken root in the relatively new field of systems biology.

With the field now moving to big data and whole-cell modelling, standardisation becomes even more important. The “whole cell model” will consist of many sub-models that are in themselves data that need to be exchanged between researchers and groups – in ways not originally envisioned by their original authors. Beyond model exchange, the use of standards enables the development and usage of interoperable simulation software. This allows ensembles of software with a diverse range of functionality to be combined together. To illustrate this, let us consider an “ideal” day in the life of a computational biologist asked to investigate yeast glycolysis in a “growing cell”.

SBML is a widely used model-encoding standard; using XML it aims to describe biological processes in a tool independent way. In addition to describing the model components (e.g., metabolites, reactions, kinetic laws, parameters and compartments) it also provides a framework for their detailed annotation.

Loading the model into the SBML compliant COPASI software allows him to view the model and its annotation and immediately start investigating its behaviour. Next he decides to use the consensus yeast metabolic network which he downloads in the SBML Level 3 format.

SBML Level 3 has a modular design and while the language core is analogous to SBML Level 2, its functionality can be extended through the use of packages. In this case the model makes use of the Flux Balance Constraints (FBC) package which adds elements used in constraint-based modelling such as flux bounds and objective functions [1]. In addition packages exist for hierarchical model composition as well as the definition of qualitative and spatial models. 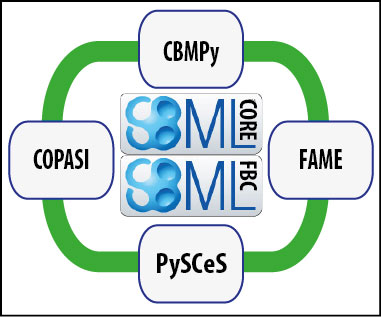 Figure 1: The use of open standards for encoding models enables the integration of multiple models and tools.

To get a feel for his newly acquired model, he loads the model into the online CBM modelling system FAME and starts modelling. Deciding to combine both these models in a single analysis he loads them into two different SBML compatible, Python based tools. Using CBMPy for the genome-scale model and PySCeS for the kinetic model allows him to develop a new algorithm that combines both models and tools in a single analysis. Having succeeded, all that is left is to back up his work and send the analysis and result to his colleagues. For this he makes use of a COMBINE archive.

The COMBINE archive is a single file in the OMEX format [2]. It can contain multiple files, such as the two source models as well as the Python scripts used in the analysis. In addition it can include metadata about these files, the analysis itself as well as the software used to generate the results. The COMBINE archive is therefore an ideal way of storing and exchanging entire modelling experiments.

Unfortunately, this is not yet a typical day for the majority of modellers in systems biology. The challenge is to expand and implement support for open standards in as many tools as possible thereby enabling the development of a new in silico biology.