This French initiative in the framework of the CNRS GDR GPL establishes an open research network for tackling the emerging domain of software-intensive systems-of-systems. It focuses on bringing together researchers and practitioners, in a national effort, to discuss and enable the development of novel and sound theories, languages, methods, processes, and tools for architecting and engineering trustworthy software-intensive systems-of-systems.

With networks becoming increasingly pervasive, it is now possible to interconnect systems that were independently developed, operated, managed, and evolved, yielding a new kind of complex system, i.e. a system that is itself composed of systems, the ‘System-of-Systems’ (SoS). SoSs are evolutionarily developed from systems to achieve missions that cannot be achieved by a system alone.

Trustworthy SoSs are of paramount necessity since various aspects of our lives and livelihoods are becoming progressively dependent on some sort of SoS. SoSs are relied upon in areas as diverse as aeronautics, the automotive industry, energy, healthcare, manufacturing, and transportation; and applications that address societal needs, such as environmental monitoring, emergency coordination, traffic control, smart grids, and smart cities.

Complexity is intrinsically tied to SoSs, since SoSs by definition result in emergent behaviour: missions are achieved in SoSs through emergent behaviour drawn from the local interaction among constituent systems.

Therefore, the endeavor of conceiving and constructing trustworthy systems has evolved from engineering complicated systems in the last century, to architecting trustworthy SoSs in this century [1]. Trustworthy SoSs, by their very nature, have intrinsic properties that are hard to address.

A grand research challenge is presented by the unique characteristics of SoSs, namely: the operational and managerial independence of their constituent systems, as well as their geographic distribution (they are not all in one place), and the evolutionary development and emergent behaviours that emerge.

Additionally, the environment in which an SoS operates is only partially known at design-time, i.e. it is too unpredictable to be summarized within a fixed set of specifications, thus there will inevitably be novel situations to deal with at run-time. Hence, the challenge is to architect and engineer an SoS in a way that it can dynamically accommodate to new situations acting only in the way it constructs coalitions of systems while continuing to act to fulfill its own mission.

Overall, the grand challenge raised by SoSs calls for a novel paradigm and novel scientific approaches for architecting and engineering trustworthy software-intensive SoSs [2] deployed in unpredictable environments while assuring their continuous trustworthiness, taking into account their unique characteristics.

Roadmaps
The importance of developing novel theories, languages, methods, processes, and tools for architecting and engineering trustworthy software-intensive SoSs is highlighted in several roadmaps targeting year 2020 and beyond (Figure 1). 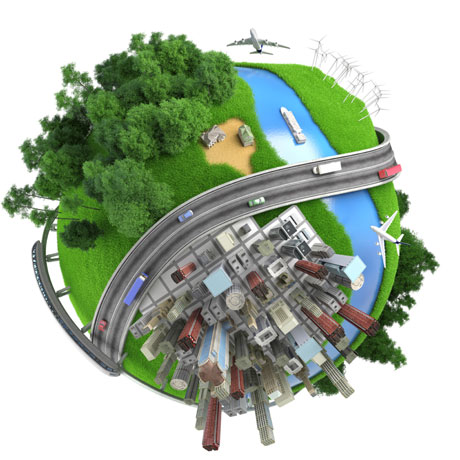 In France, a report prepared by the French Ministry of Economy explicitly targets SoSs as one of the key technologies for the period 2015-2025 (étude prospective sur les technologies clés à 2015-2025, Direction Générale de la Compétitivité, de l’Industrie et des Services du Ministère de l’Economie). This technology is also explicitly targeted in the studies developed by the initiative of the European Commission, in particular ROAD2SoS (Development of Strategic Research and Engineering Roadmaps in Systems-of-Systems) and T-Area-SoS (Trans-Atlantic Research and Education Agenda in Systems-of-Systems).

These roadmaps highlight the importance of progressing from the current situation, where SoSs are developed in ad-hoc way, to a scientific approach providing rigorous theories and technologies for mastering the complexity of software-intensive SoSs, in particular for achieving trustworthy SoSs.

The GT SoS, a French initiative in the framework of the CNRS GDR GPL, brings together researchers and practitioners in a national effort to discuss and enable the development of novel and sound theories, languages, methods, processes, and tools for architecting and engineering trustworthy software-intensive systems-of-systems.

Composition of the GT SoS
The GT SoS is composed of 28 founding members representing 16 academic groups and 12 institutional and industrial partners.

These groups bring together 146 researchers working on topics related to software-intensive systems-of-systems, of which 71 are academics, 59 are PhD students, and 16 are post-docs.

To these academic groups are added two Initiatives of Excellence: LabEx M2ST and IRT SystemX.

This GT being an open initiative, it is open to new members according to the GDR GPL procedures.

Axel Legay
Inria and IRISA, France
E-mail: This email address is being protected from spambots. You need JavaScript enabled to view it.
http://people.irisa.fr/Axel.Legay/

Khalil Drira
LAAS-CNRS, France
E-mail: This email address is being protected from spambots. You need JavaScript enabled to view it.
http://homepages.laas.fr/khalil/