When the patient, instead of the caregiver, sets the ventilator.

Identifying a level of ventilatory assist that adequately meets the patient’s respiratory needs is not straightforward. While delivering excessive assist may result in de-conditioning and atrophy of the respiratory muscles, an inadequate level of assist may cause respiratory muscle exhaustion. By acquiring the diaphragm electrical activity (EAdi) via electrodes mounted on a modified naso-gastric feeding tube it is possible not only to monitor the patient’s respiratory drive but also to control the assist delivered by a ventilator (a technology termed “neurally adjusted ventilator assist”, or “NAVA”).

With NAVA, the EAdi is multiplied by an adjustable proportionality factor termed NAVA level and the resulting signal is used to control the pressure generator of a ventilator. Thus, with NAVA the airway pressure (Paw) is delivered in synchrony and linear proportionality to the EAdi (Paw = EAdi x NAVA level; Figure 1). We previously demonstrated that the characteristic response in Paw and tidal volume (Vt) (ie, the transition from an initial steep increase to a plateau for both parameters) to systematically increasing the NAVA level allows identification of an adequate level of ventilatory support with NAVA [C. Passath, J. Takala, L. Brander et al., “Physiological response to changing positive end-expiratory pressure during neurally adjusted ventilatory assist in sedated, critically ill adults,” Chest., vol. 138, p. 578, 2010].

Figure 1: The neurally adjusted ventilation assist (NAVA). Our contribution is the algorithm running in a computational machine in order to estimated the adequate NAVA level.

We developed a software that uses the EAdi, the ventilatory flow, and the Paw recorded during a NAVA level titration procedure to identify an adequate level of ventilatory support with NAVA. A detailed description of the method is provided in our recent publication [IEEE Trans. Biomedical Engineering, 2011]. Briefly, the amplified EAdi and the Paw signals were recorded during systematic increases in the NAVA level and the Vt was calculated off-line on a breath-by-breath basis as the integral of inspiratory airflow (Figure 1). All signals were then fed to the software, which applies a peak tracking algorithm (to the Paw signal) as well as a Gaussian mixture modelling algorithm (to the Eadi and airflow signals) (Figure 2). Two polynomials were then fitted onto the Paw peaks and Vt values to identify the beginning of their respective plateaus, and the average of the two corresponding NAVA levels was assumed to indicate the adequate assist level. The software also provides an option to compare the NAVA level identified post-hoc as adequate by the software to a NAVA level estimated as adequate by visual inspection of the Paw and Vt graphs by physicians while performing the titration procedure on printouts of the trend graphs (Figure 2, upper part with two red transparent stripes that describe the NAVA signal). In our study we found that the adequate NAVA level identified by the algorithm was in good agreement with the adequate NAVA level estimated by 18 physicians, suggesting that our mathematical model has acceptable accuracy for application in clinical routine and research. 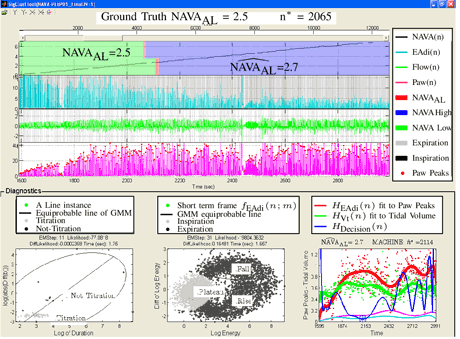 Figure 2: The user interface for the invented algorithm. Machine NAVA estimate is 2.7, whereas physician's choice is 2.5.

This article is based on authors' recent publication: “Identification of adequate neurally adjusted ventilatory assist (NAVA) during systematic increases in the NAVA level” which appeared in IEEE Transactions on Biomedical Engineering, vol. 58, no. 9, pp. 2598-2606, 2011.

This study was carried out in the VTT Technical Research Centre of Finland during the tenure of an ERCIM fellowship awarded to Dimitrios Ververidis for 2009-2010 (http://dimitriosververidis.blogspot.com/). The clinical data were provided by the Department of Intensive Care Medicine at the Bern University Hospital - Inselspital in Bern, Switzerland, supported by grants from the Swiss National Science Foundation (SNF; 3200B0-113478/1) and from the Stiftung für die Forschung in Anästhesiologie und Intensivmedizin, Bern (18/2006) awarded to Lukas Brander.