We present an interactive Web 2.0 application that is being developed with the aim of showing the evolution of the Italian landscape through an important historical archive of aerial photographs.

The AeroFototeca Nazionale (AFN) of the Italian Ministry of Cultural Heritage in Rome maintains an extensive set of some million aerial photographs constituting an important memory archive of the Italian territory throughout the 20th century. This huge archive provides a picture of Italy as it was 70 years ago and during its transformation by the post-war reconstruction and the economic boom, and also by natural disasters such as severe earthquakes and floods.

GeoMemories
In 2010, the AFN and the Institute of Informatics and Telematics of CNR in Pisa signed an agreement to make this archive accessible via Internet through a Web 2.0 mashup application that displays the evolution of the Italian Landscape. Thanks to funding from the Italian Internet Domains Registry, the GeoMemories project was launched with the aim of creating a web platform covering spatial-temporal dimensions and also integrating multimedia data from other archives. The project is coordinated by Andrea Marchetti, Head of the IIT Lab “Web Applications for the Future Internet” and Elizabeth Jane Shepherd, Director of AFN.

Version 5.0 of Google Earth (GE) includes a timeline to display historical imagery. However, this new feature has important limitations, in particular, most of the Google images are from satellites and are relatively recent. Italy, for example, has significant coverage only from 2003. The only samples of actual historic images (1943) concern some large cities (Rome, Florence, Naples, Turin, Trieste and Venice) and the image resolution is very low. In addition, GE manages geographic data layers without considering the time variable.Our aim is to rebuild a virtual globe, similar to GE but oriented towards the management of the time.

From Photos to Historical Maps
The vertical photos made available to the project are digitized and stored to form a parallel virtual archive. In this way, the originals, on paper or film, can be protected and preserved. The images are then processed as shown in Figure 1 to create historical maps. Each digitized photo is cropped and eventually normalized to eliminate any differences in exposure; they are then orthorectified and georeferenced, using Google Imagery as the reference map. Finally, the georeferenced photos are joined together using mosaicing techniques.

Initially, we have started to process 200 photos covering the northern part of Tuscany, for the period 1943-1945; from mid-2011 the set will be increased to 1000/2000 photos. The first small set has allowed us to test several procedures for processing aerial strip photos. 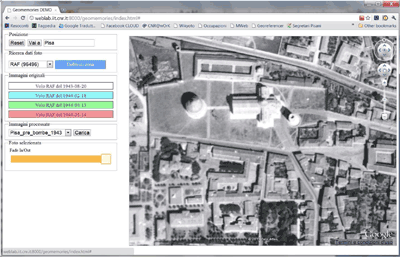 Figure: 2 A screenshot of the first prototype for browsing the historical maps.

The workflow for creating historical maps is very heavy. Although we will develop automatic procedures in order to reduce the human effort required, the size of the archive means that it will be necessary to develop solutions based on social contributions. An important future activity of the project will concern the development of collaborative web applications for georeferencing activities.

Data Display
The historical maps - each referring to a specific historical period - will be browsable in the four dimensions via a web application based on a Google Earth plugin and some javascript libraries. Figure 2 shows the first prototype of the application.

Data integration
With the use of geographic reference (geotagging), Google Earth integrates into its maps different layers, such as video, pictures and webcam. We intend to use the same mechanism adding the time value (timetagging). The geo-historical data layers will be obtained through web mining techniques, or filtered from open archives such as Wikipedia, Youtube, Flicker, or via social contributions related to initiatives for memory preservation. The result will be a sort of Historical Geographical Atlas, where it will be possible to build spatial-temporal tours.

Future activities
This article describes the first steps of the GeoMemories project and the challenges currently being addressed in designing tools for the realization and visualization of historical maps. A major issue will be to find the resources needed to digitize and process the entire archives. We must also find ways to solve critical questions regarding the copyright of the original photos.

Our hope is that the outcome of this project will be to raise interest and to attract funding at European and international levels in activities that will ensure the protection and sharing of heritage aerial photography.

Please contact:
Andrea Marchetti, IIT-CNR, Italy
Tel: +39 0503152649
E-mail: This email address is being protected from spambots. You need JavaScript enabled to view it.