After a long birth we can now safely assume that digital cinema is with us to stay, bringing the best picture quality to cinemas. Among the numerous changes required to revolutionize the cinema industry is the need for video compression. Despite the recognition of MPEG standards, JPEG 2000 has been chosen to fulfil this task thanks to its scalability and compression quality. Licence-free and based on the wavelet technology, this format is bringing flexibility to digital cinema.

In 2002, seven of the biggest Hollywood studios created the DCI (Digital Cinema Initiative), aimed at producing the first digital cinema specifications. This official document describes the technological issues that must be respected by the various processes and material and security protocols in order to be compliant with Hollywood's prerequisites on the quality of content playback and security throughout the distribution and projection chain.

Figure 1: Multi-resolution wavelet transforms bring flexibility by allowing 4K movies to be displayed on 2K projectors. The EDCine project has studied how to maximize the experiences of both 4K and 2K users, and has shown that visual artefacts from aliasing can be reduced with a post filter applied after 2K decompression.

While the coexistence of 35mm and 70mm formats required the creation of reels for both, JPEG 2000 enables studios to encode a single 4K version of the movie. With JPEG 2000 scalability, the 2K version can easily be extracted from the 4K version. This feature comes from the compression algorithm itself. The first step of any compression algorithm is to reduce the redundancy in the image. The wavelets used in JPEG 2000 have proven to be highly efficient in doing this through a multi-resolution decomposition of the image. This decomposition splits the original image (4K) into four sub-bands, one containing the lower resolution (2K) and the others containing the details necessary to reconstruct the original image (see Figure 1). The process is repeated on the lower-resolution sub-band several times, and each sub-band is then encoded separately with an entropy coder. Prior to the projection, the decoding process can discard the sub-bands of 4K details to produce 2K images.

In the context of EDCine, a European project intending to bring digital cinema standards to Europe, the UCL (Université catholique de Louvain) is currently studying ways of making the most of JPEG 2000 scalability for digital cinema. We have raised two issues related to the way this scalability is exploited, and showed that the interoperability between 2K and 4K formats can be improved.

The first issue concerns the bit-rate limitation. Under such constraints, the information to be included in the 250Mbps must be selected in order to maximize the visual quality of the compressed image. This process is called the rate allocation. When a 4K image is encoded, the quality is usually optimized for 4K theatres, without taking into account the 2K theatre experience. Our research has shown that we can significantly improve the 2K quality without noticeably deteriorating the 4K quality, by taking both 2K and 4K user experiences into account during the rate allocation process. Figure 2: Aliasing reduction with a post-decompression filter.
The second issue is related to the wavelet transform. Prior to the sub-sampling of an image, a half-band low-pass filter must be applied. This filter removes high-frequency content that cannot be represented in the low-resolution image, respecting Shannon's theory. While the wavelet transform presents unquestionable benefits to the compression quality, it is not a true downsampling filter, since it does not completely discard all high frequencies before performing the sub-sampling. In some specific cases, this issue can lead to visual artefacts called aliasing. By applying a post-decompression filter on the 2K image, we can improve the wavelet downsampling and remove most of this aliasing (see Figure 2).

Thanks to JPEG 2000 scalability, the complexity of the proposed solution is four times lower than a standard downsampling from 4K to 2K. 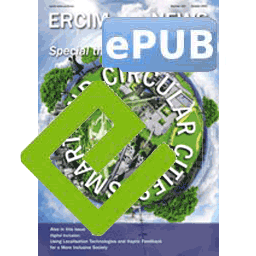